Another popular feature has been HID Global’s “Twist and Go” gesture-based capability, which offers another option for opening doors beyond the traditional “tap” model. HID Global’s patented gesture technology enables users to open doors either with a “tap” of their phone to the reader like a typical contactless card or – using their Bluetooth connection and gesture technology – to open doors and parking gates from a distance by rotating their smartphone as they approach a mobile-enabled reader.

Pilot participants have tested a variety of security options from within the Mobile App. At one university, wireless network users are required to employ a PIN/passcode to lock the device so this also increases security. There are many layers of security to consider. For example:

There are four key innovations that are required to most effectively deploy mobile access:

The first innovation is the ability to use a broad range of phones without sleeves or other add-on accessories. The mobile access control solution should support a broad selection of devices including Apple iPhone 4S, 5, 5C, 5S, 6 and 6 Plus devices and a variety of Android-based devices such as the Samsung Galaxy S4 and Mini 3S handsets. Unlike other mobile access solutions, the HID Mobile Access App supports iPhone 4S models and forward without requiring a sleeve or other add-on accessory. The HID Mobile Access App can be easily downloaded at no charge from either Apple iTunes or Google Play.

The second is the ability to use a single reader that simultaneously supports existing legacy ID cards as well as Mobile IDs. The HID Mobile Access solution is based on HID Global Seos technology that supports both traditional iCLASS smart cards and new Mobile IDs on smartphones.

Third, the ability to offer users a “tap” or “Twist and Go” access experience depending on their preference. Universities are choosing solutions that support Bluetooth Smart short-range communication technology for access control so they can open doors either with a “tap” of their phone to the reader or from a distance by rotating their smartphone as they approach a mobile-enabled reader.

Finally, the ability for the system administrator to easily issue Mobile IDs using a process that takes both administrator and recipient less than 5 minutes to implement. Universities want the credential provisioning process to be fast and simple. HID Mobile Access pilots have shown that it is a very straightforward process to push Mobile IDs out to user handsets and revoke them as necessary. Likewise, it is easy for the recipient to download the HID Mobile Access App from either Apple iTunes or Google Play and then accept the invitation to receive a Mobile ID.

A survey of participants was undertaken by HID Global to gather user feedback to the pilot. In all cases where doors were equipped with the pilot solution, users stopped using their existing contactless iCLASS cards and started using their phones to gain access. Users said that convenience was the main reason they switched to the handset.

Respondents further pointed out the benefit of using their phone as a backup in cases where their cards were lost or stolen. They also said they loved the “Twist and Go” functionality not only for convenience, but also for the “coolness” factor of opening a door while approaching it and not having to touch their card onto a reader first.

In addition, pilot participants validated the efficiency and simplicity of installing and registering the HID Mobile App, citing that it required five minutes or less to complete the process, and it was a self-explanatory and intuitive experience. Even people not participating in the pilot were impressed, and reacted with comments such as “that’s so cool – I want that too!”

Following the conclusion of successful pilots, the next step for universities is to evaluate how to install more readers with the HID Mobile Access functionality, especially in new buildings. This allows more users to benefit from the capability with their own handsets, while still retaining interoperability with legacy card technologies.

Pilot participants have cited a number of potential future applications for Mobile Access. According to one participant, parking gates are a great use of the “Twist and Go” feature because of the way the range can be defined when the reader is programmed. Also office suites and meeting spaces are ideal especially as many universities don’t require staff to display their ID cards, and yet know they rarely go anywhere without their phones. Beyond physical access control, one pilot participant said they would love to see readers available for vending, time and attendance management, point of sale, laundry access and use – in fact anywhere there is currently a card reader. 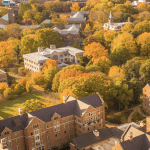 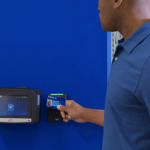 In this edition of CampusIDChats, we’re continuing our discussion about the future of campus dining, and specifically examining the role…

With the advent of new service capabilities like order ahead and mobile ordering, a growing number of universities are implementing…

Ohio Northern University launched robot delivery on campus this week with the arrival of Kiwibot on the Ada, OH campus.…