Georgetown University is hard at work on making improvements to its campus IT infrastructure, as well as developing educational initiatives to inform the campus community of potential hacking and other cyber threats. Also included in the IT overhaul is a proposed move to Canvas as the university's next online management system as part of a gradual shift that will eventually replace its current Blackboard learning management system.

Per a report from The Hoya, the changeover is set to begin with the coming fall semester and marks just one of a host of steps toward overhauling the university’s technology infrastructure. Canvas will be offered as an alternative learning management system to Blackboard for the coming fall semester, with professors having the option to either make the jump to Canvas or continue with the current Blackboard system, allowing for a gradual transition.

The university's Interim Vice President for Information Services, Judd Nicholson, says that Georgetown was one of the first institutions to adopt Blackboard's learning management system dating back to the system's inception. Nicholson adds that Canvas was chosen as an alternative to Blackboard for its "user-friendly platform and tools for collaboration."

The university's technological infrastructure overhaul also includes efforts to improve internet connectivity across the Washington, D.C. campus. The university has been working to replace the existing Wi-Fi system since January of this year.

One potential avenue for raising campus awareness of hacking involves emailing UIS-made phishing schemes to student inboxes. Dubbed "Phish Me," the program is being developed in response to a rash of some 70 phishing attacks made on student NetIDs this past year.

“Our goal is to send attachments you shouldn’t open. If you fall for them then it’ll take you into an educational site," Lee said in a statement to The Hoya. "Some of these things are really sophisticated. They look just like something you might get from us. We’re trying to use social engineering to entice you to do what you’re not supposed to do.” 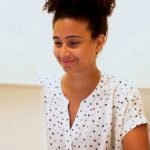 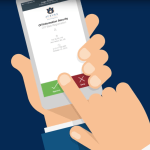