Grubhub partnership delivers benefits on campus and off

Temple University has a robust off-campus program, bolstered by a partnership with Grubhub, that enables students to use their campus card to pay for orders on the company’s platform. The partnership has taken off since its inception at the start of this academic year, but the groundwork was laid some time ago.

Scott Brannan, Director of the OWLcard Office at Temple University, is a cornerstone to making the Temple-Grubhub partnership tick. He’s seen the mobile ordering phenomenon from its inception and sees no signs of it slowing down.

Temple’s experience with mobile ordering dates back to Tapingo, but the major development for Temple came after a meeting with Grubhub about integrating the university’s Diamond Dollars as a form of payment tender.

To date, Temple students have used Diamond Dollars at more than 200 distinct merchants in the city of Philadelphia and beyond.

“Everyday we get new merchants that I’ve never heard of in the city of Philadelphia,” says Brannan. “It’s crazy.”

To contextualize that number a bit, it’s important to note that Temple is in the heart of Philadelphia, a major metropolitan city. That type of environment naturally fosters more dining options that the average college town.

“Everyday we get new merchants that I’ve never heard of in the city of Philadelphia. It’s crazy.”

“We’re getting everything from food trucks, to ramen, to Vietnamese pho, seafood, bagels, and everything in between,” says Brannan. “But that’s all in addition to the big brands like Panera, Chipotle, Applebee’s, Sonic, and Wawa. That’s what’s great about Grubhub; it really does offer something for everybody.”

“We’ve seen a rapid rise in orders and sales,” explains Brannan. “I’m hopeful at the end of the year it shows that they’ve added a lot more money into Diamond Dollars.”

“When we started our pilot with Grubhub in May it was maybe a hundred dollars in daily sales. But by week three of the semester we were already up to several hundreds a day in Grubhub sales, and they’ve topped a thousand several days,” says Brannan. “We had a huge day for football Sunday; I think we did well over a thousand in sales on gameday.”

Being in North Philadelphia, Brannan explains that a higher level discussion about student safety was held with campus administration. The discussion detailed campus safety zones and discussed how far from campus was too far to send students for an order placed on the platform.

“I didn’t want students to be able to go too far away, so we started with just a small pilot group in May prior to full launch,” says Brannan. “We did it by exception and only included certain vendors, and then watched the delivery versus pick up options.”

Brannan initially wanted students to be able to leverage mobile ordering within the safe vicinity of campus, but also have the ability to use their Diamond Dollars and Grubhub mobile ordering when they left the city for spring break or went home for the summer. But that proved to be problematic.

“I couldn’t have it both ways,” he recalls. “I couldn’t say ‘I only want it within these six blocks, and then the rest of the world’ – it was either you do it or you don’t.”

A workaround came in the form of Grubhub delivery.

“With the delivery fee being waived through Grubhub Plus for students with the addition of a campus card, it provided a solution to the safety conversation,” says Brannan. “I can see transactions by day/week/month, the dollar amount, pickup or delivery, and the vendor’s location. I can see that we’ve had merchants from New York, Virginia, and other parts of Pennsylvania, so it’s working.”

Brannan has extensive experience in the campus card industry, and he has virtually seen it all when it comes to off-campus programs.

“I think the early days of mobile ordering with the food-service providers involved may not have been handled quite as well as it could have been because it was all so new,” recalls Brannan. “You’d order for pickup, but you have to go to this specific register or this counter.”

“Students are used to mobile ordering now. It was the perfect time for us to jump on this and I think our students get it.”

With experience, the technology and the processes have gotten better. Mobile ordering has also found a strong foothold with students.

“I think it may have been difficult for students to comprehend what we were trying to do in the beginning with mobile ordering, and I think it was hard to execute,” says Brannan. “But now students – particularly through COVID with everybody using Grubhub or others – are used to it now. It was the perfect time for us to jump on this and I think our students get it.”

As always, student expectation is a key driver for evolution in the campus card space. Mobile ordering is no different.

“You have to meet students where they are,” Brannan says. “If it’s what they want, then they’re going to use it more. If it’s something that you keep dictating and they’re not buying, then they’re just going to think of it as dead on arrival.”

Why not mobile ordering?

“For programs that have been around a while and need a shot in the arm, consider partnering with a mobile ordering solution provider,” Brannan suggests. “It really can lift your off-campus program right off the map.”

“Grubhub has been a really good partner. They spent a lot of time with us in the beginning to figure out what our needs were,” says Brannan. “I also knew the team from their Tapingo days, so it was easy to have a rapport.”

As for ways to get more out of the partnership, Brannan highlights some added benefits of a partnership with Grubhub.

“Students are going to use it, and with Grubhub it’s really not a lot of effort on my part. The mantra becomes: ‘Why not?’ This is what a modern off-campus program looks like now.”

“There’s a marketing person assigned to Temple and she’s great because I still don’t use social media to push our program as much as I’d like,” he explains. “It is ideal for me because I’m just too busy with my normal workflow.”

Ultimately, the move to mobile ordering is becoming nearly unavoidable as a dovetail to campus dining.

“Students are going to use it, and with Grubhub it’s really not a lot of effort on my part, so why not do it?” says Brannan. “That becomes the mantra: ‘Why not?’ This is what a modern off-campus program looks like now.” 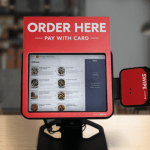 Grubhub and Chick-fil-A are upping the mobile… 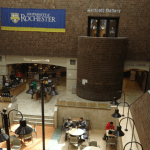 U. of Rochester, Grubhub collaborate to solve… 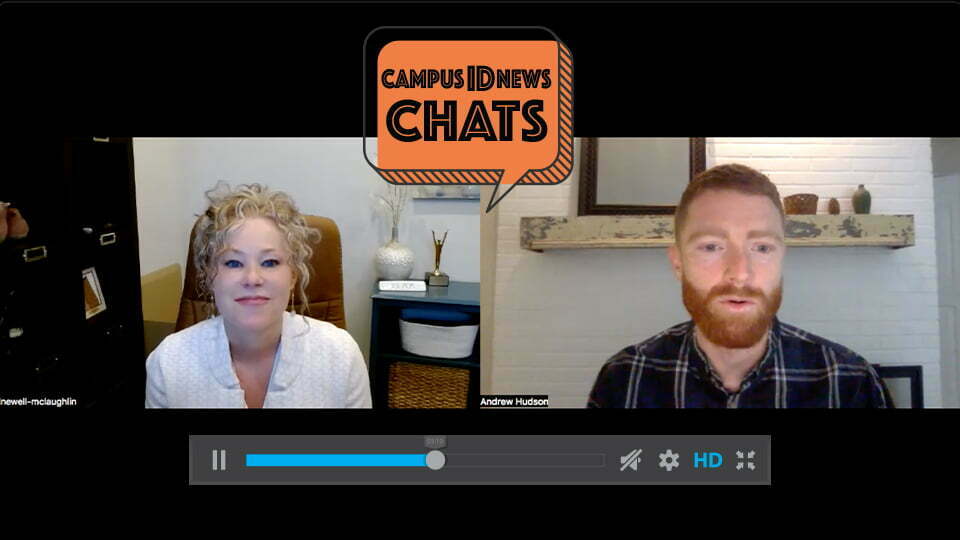 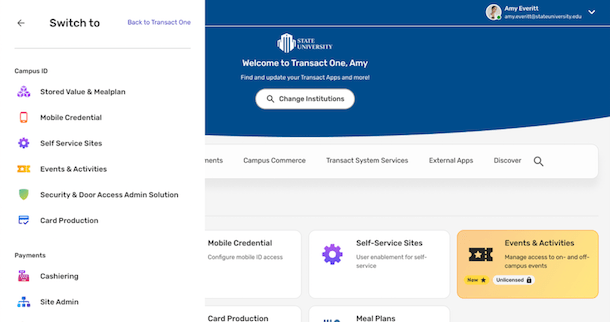 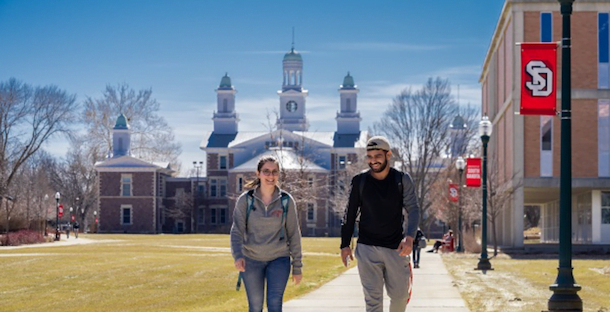 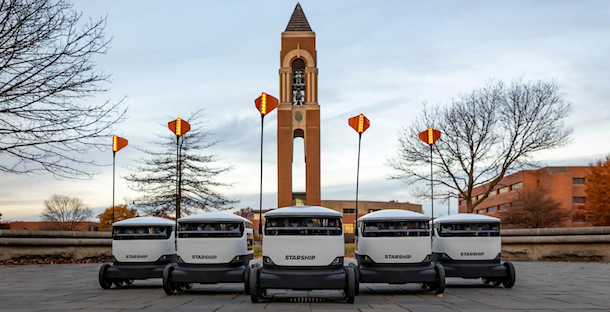 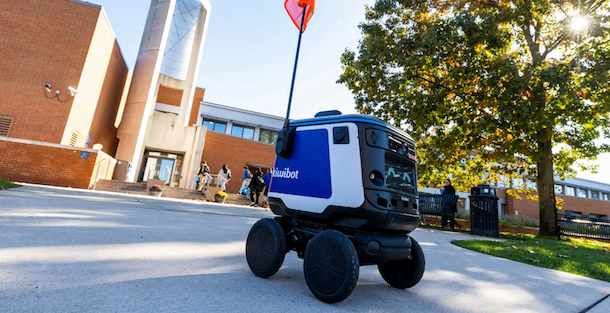 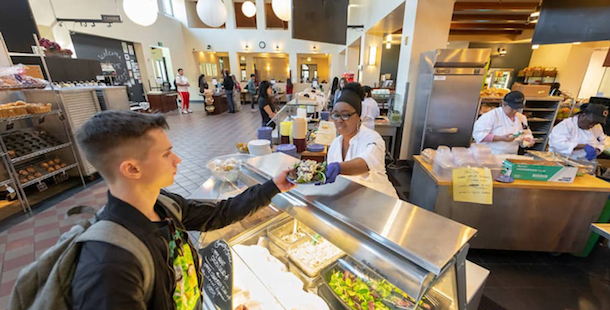 Campus credential and commerce solution provider, TouchNet, recently outlined its benefits to the use of declining balance accounts on campus.…