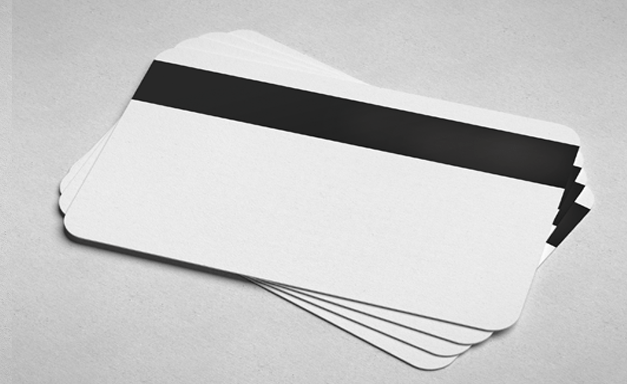 Married to the mag

Not all institutions are in the market for the latest technology when it comes to their campus cards. Many choose not to upgrade to an unknown entity citing that the magnetic stripe card has met their needs for 15 years, 20 years or longer.

Some campuses avoid upgrades for stability reasons, while others say it costs too much. They simply don’t want to dedicate the money needed to re-card their institution and install new readers and infrastructure.

Valdosta State University in Georgia has had the same card program since it started in the early nineties, says Craig Williams, key control and security systems supervisor at the school. “Nothing has changed since I came on board in 1998,” says Williams, who is in charge of door access and electronic security.

The card is used for everything, explains Williams. “Obviously it’s an ID but it’s also used in the library, door access, bookstores, ball game admission. You can purchase anything on campus from meals to books,” he says.

Re-carding for the school’s 13,500 students and 1,800 staff would be expensive. That’s why he asks: “Why do we need to upgrade? A lot people don’t take that into consideration. Re-carding a campus is a major undertaking, we’ve done that once in 14-years and it was one of our largest endeavors,” says Williams.

In addition to the cost, the transition period – when everything is in the process of moving from one tech to another – would be challenging, Williams says. He notes that if the card had a chip and mag stripe, it could ease this transition.

Williams admits Valdosta State is married to the mag, but he acknowledges that in the future the school might be forced to divorce from the technology and upgrade to a chip card or biometrics.

It could be said the school is already taking baby steps towards an upgrade. Some readers on campus – such as the recently installed vending and laundry units – are already capable of accepting both the magnetic stripe and smart cards.

Were the school to upgrade, partnering with a bank to help defray some of the costs could help, says Williams. “Most people I’ve talked to who went to smart card had a banking relationship or financial entity to absorb most of the cost for card replacement."

All that said it’s likely the school will still upgrade, but maybe not to a contactless card. “We’re more likely to do it now than a year ago,” says Williams.

But it may not be to a smart card. “We’ve had more requests for smart phone technology rather than smart cards,” he says. “But it’s not something we could implement without spending some bucks.”

From chip to mag stripe

The chip card, says Rick Hall, vice president of student affairs for the university, was built over a period of 10-years. “We kept adding onto it until it became too cumbersome,” he says, adding that both software and hardware had become obsolete.

“We were having some security concerns, and were afraid that if we had a crash we couldn’t restore the services,” says Hall. "We wanted a more reliable card system. We also wanted it to be on a server maintained off site.”

The new card was launched in the fall of 2011 for its 3,700 students, of which 3,000 live on campus. Cost was the main reason the university went to a mag stripe card versus another chip card, says Hall.

Additionally, the university’s existing chip card readers could also read mag stripe so full-scale replacement was not a requirement.

The new card is also speedier. “With the old system, when you inserted the card it would take two or three seconds to do its work. That created an issue at meal times. Kids come in herds.”

Even the two or three seconds it took for the old card caused long lines. “That doesn’t happen anymore. The reader takes the card as fast as you can swipe it,” says Hall.

The card is used for printing, access control and the bookstore. It provides access to buildings and residence halls, but not individual rooms, says Hall. The card has a declining balance purse called StarsCash that can be used for off campus purchases as well. Hall says he sees no reason to upgrade the card further.

Mag at Mount Holyoke but upgrade is possible

Another school that appears to be married to its mag stripe card is Mount Holyoke College in South Hadley, Mass.

The school started its mag stripe card program in 1998 when it was being serviced by General Meters. When Heartland Payment Systems purchased General Meters, the college stayed with Heartland. “Most of our locations are cashless, such as vending and laundry,” says Doug Vanderpoel, the school’s director of Auxiliary Services.

The card is also used for door access all the way to the individual dorm rooms. Mount Holyoke has 20 dorms on campus and more than 1,000 readers. “Virtually everywhere on campus you can use the card system,” says Vanderpoel.

Thanks to Heartland, the college was able to increase its off campus presence through Heartland’s Give Something Back Network, where a percentage of purchases goes back to the school. “We went from eight to 30 off-campus merchants,” says Vanderpoel.

Concerning upgrading, part of Vanderpoel’s most recent five-year plan was to evaluate different ID technologies. “I’m just not sure what to go with,” he says. “All our readers are capable of multiple technologies, so we wouldn’t have to replace the entire reader, just part of it. But we aren’t anxious to switch.”

Like other schools, expense is a reason for not upgrading. In Mount Holyoke’s case, it involves 2,000 cards that the school keeps on hand for its various conferences, reunions and other events. Replacing them at $6 each would be a large expenditure, explains Vanderpoel.

The school wouldn’t have to replace their readers since most can already handle contactless, says Vanderpoel, citing this flexibility to handle both contactless and mag stripe as a key reason they selected the reader.

Some of the technologies he’s considering include MIFARE and iCLASS. “And now you have NFC thrown into the mix. Should I go with iCLASS, for example, if NFC is around the corner?” asks Vanderpoel.

One school had a different reason for upgrading. It had to if it wanted its students to continue to ride the bus.

The University of Pittsburgh was satisfied with the performance of its Panther mag stripe card, but decided to change technologies when the city’s Port Authority upgraded its fare card, says Jessica Larson, card program manager.

The Port Authority had a contract with the university providing pre-paid bus rides. When the Port Authority implemented a new MIFARE contactless system the school switched from a flash card system – where cardholders show the card to the driver for visual identification – to a more accurate electronic verification system, says Larson.

The university’s mag stripe card wouldn’t work with the new system. In preparation, the university issued 40,000 new cards in 2009, says Larson. “However we just started this year using the smart card on buses.”

The university continues to use its mag stripe card for everything else – meal plan, access control and payments on and off campus. But that’s likely to change as its card provider, Blackboard, upgrades its reader line to include MIFARE support. “We’re in the process of upgrading readers to accept the MIFARE cards,” says Larson.

But the university doesn’t intend to upgrade all readers at once. “We have more than 430 pieces of equipment and as it needs replacing we’ll replace it,” adds Larson.

She says the new card is working out well for bus trips. “By this time next year we should have some readers in place, but since our mag stripe card works very well there’s not a huge rush to spend money to upgrade readers,” says Larson.

To upgrade or not isn’t an easy decision for colleges and universities. It obviously involves more than just dollars. In Pittsburgh’s case, outside forces caused the school to change to a new system. Others are simply holding out to see what’s next.

Regardless, card system administrators know that whatever they choose, that choice will stay with them for many years to come.