Why did the librarian cross the road? To get to the barcode.

Frequently, card programs receive significant resistance from campus librarians. On many campuses, no other entity has more frequent interaction with the ID card than does the library. Add to this the fact that the librarian’s role has undergone staggeringly rapid change caused by technology. In fact, technology has altered the entire concept of the traditional library. Whatever the reason, changes to ID card systems often face extraordinary scrutiny from the library.

Both library patron identification and resource checkout systems have long been driven by the barcode. Often millions of barcodes identify materials in campus collections. When an ID card administrator meets with a librarian it is essential that both parties are speaking the same language. When the card office administrator talks of library systems it should be in reference to the patron identification system–the system that checks the ID card to ensure that the cardholder has the right to checkout a book or use a service. When the librarian thinks of systems, however, they are likely thinking of the resource checkout system–the system that manages the books and materials throughout the collection. In a discussion of barcodes, the librarian could be thinking of the millions of books while the card administrator is thinking of the thousands of students.

Traditionally institutions have used barcodes to identify the student for library functions. Some campuses used the barcode for identification purposes in other administrative areas as well. In older card systems a printed barcode was often pasted to a laminated card. In electronic ID systems, the barcode can be printed on the card in the card printing process. Some institutions have eliminated the barcode for identification purposes altogether, often utilizing the magnetic stripe and programmable readers at the library circulation desk.

Should I keep the barcode or go another route?

If you are implementing a new card system or reexamining existing processes, a key decision involves whether to use the barcode for patron identification or use another technology that exists on the card. Printing a barcode has some drawbacks:

But, utilizing a barcode also has a significant advantage. Your library system is likely already equipped to read it. No software or hardware additions or modifications are required. Even though many campuses have used the process detailed in this article to mimic the barcode data from the magnetic stripe, it does require a new card reader to be placed at each patron identification terminal in the libraries.

How does a typical library system function?

To begin, lets look at the architecture of a typical library system. A database with records of all library patron ID numbers is accessible from a series of terminals at the various checkout locations. When a cardholder wishes to checkout a book, his card is presented to the attendant who reads the barcode using a wand or scanner attached to the terminal.

The barcode reader, either directly or through a special translating device, provides the numeric data to the terminal in the form of normal keystroked data. To the software running on the terminal, it appears that the number was entered on the keyboard. This “keyboard emulation” is important in that it enables attendants to enter data manually if necessary (e.g. a barcode is damaged, the reader is not functioning) and provides the ability to crossover from manual data entry to barcodes without recreating library software systems.

The software sends this number to the database to access the patron’s record. If the patron is eligible to checkout materials, the software waits for more keystroked data indicating the book to be checked out. The attendant scans the book’s barcode and the software handles the assignment of the book to the patron as well as updating the “out” status of the book itself. All this has occurred without the attendant having to physically touch the terminal or keyboard in any manner.

How do the schools that eliminate the barcode get the job done?

The key in this process is always to minimize or eliminate the modifications that must be made to the library system, relying instead on the power of the card technology to accomplish the goal. If we were willing to change the library systems, we could simply require that they read the unique student ID number or ISO number that is already encoded on the magnetic stripe. This is not the preferred method, however, as it is far easier and more cost effective to make the changes at the front end of the system–the card and reader–rather than within the existing library system. If we use the same keyboard emulation process that is used by the barcode reader, we can get the correct data into the terminal without modifying the library system software.

With this said, there are two technologies that have been used to replace the barcode for patron ID: the magnetic stripe and the chip. Because the chip is used for this process by only a handful of campuses, our discussion will focus on the processfor utilization of the far more common magnetic stripe.

If the actual library number is stored on the card, it must be placed in a location not used by other data. On most campuses, track 2 houses the card ID number. This is the mandatory location of the ISO number for cards that have, or will have, a banking application. Track 1 or track 3 will often have available space to house the library number.

Encoding a dedicated library number on the card is only relevant for campuses that will not require the use of previously issued cards. In other words, only sites that will be recarding the entire population or where the card program is just beginning could do this effectively. If there are existing cards, it is impractical to bring them all back for re-encoding of the library number onto the magnetic stripe. While some campuses have expressed interest in conducting this process in the library itself, this is highly impractical and could pose security risks.

The second and preferred method for using the magnetic stripe for library patron identification is to derive the library number from the existing unique ID number on the card. Whether utilizing ISO numbers, SSNs, or other ID schemes this process is fundamentally the same. Some digits are generated by the card reader’s software while others are extracted from the ID number itself. Building this functionality into the mag stripe reader, modifications to the existing library system can be avoided. In reality, the only change that has occurred is in the delivery of the ID number. Previously, it was encoded in the barcode and read by the wand or barcode reader. Now it is stored in part on the magnetic stripe and in part in the reader (See Library number generation for a sample of how this process actually occurs).

Those few campuses that have used a chip for this purpose have done it via one of these same two methods. They store the library number in a file on the chip itself or generate the number from the card’s unique ID in the same manner described above.

In the end, there is no single right way to do it. Just be aware that you have options. Many institutions opt to print the number on the card as well, to facilitate library functions if the system is down. Think this process through before you go to see the librarians. And remember, a little PR can go a long way. Most institutions that face stiff resistance can attribute at least part of it to a lack of team building prior to the generation of a system specification.

Let the librarians know that you recognize the importance of the barcode to their operation. If you are proposing a mag stripe-based methodology, be clear that you have no intention of replacing their barcodes altogether but that you can help them to more efficiently serve their customers. 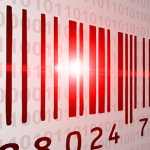