University banking partnerships, whats in it for the students

Universities have a lot to gain with their banking partnerships. Besides adding to the bottom line, financial institutions can help colleges improve their campus ID programs. Banks also benefit by establishing contact with customers when they’re young, which can potentially lead to a lengthy banking relationship down the road. But while the schools and banks benefits, there has been some question as to what the student gets out of these university banking partnerships.

Formal banking partnerships link a student ID card to a bank account. While students aren’t required to use the bank account, most do it because it’s convenient. The cards provide students easier access to their money. In fact, those were the two advantages cited by those students who were interviewed.

“There are many times where I do not have my wallet,” says Christopher M. Schroeder, a senior majoring in finance at Xavier University in Cincinnati. “I rarely carry cash. But I usually at least have my student ID on me. Obviously the convenience of having access to my checking or my debit at all times is very rewarding. Also, when I first came to Xavier, I only had a savings and checking account, but no debit card. So, this option was very attractive for that reason as well.”

When he first signed up for a checking account at Xavier, he was aware of the convenience factor that the student ID card presented, but did not think he would be taking advantage of it. He thought he would just be using it for books and other campus expenditures, but that is not the case. “I use the card for pretty much everything.”

Schroeder has an account open back home, but transferred everything to U.S. Bank, Xavier’s banking partner. While he has some paper checks, he doesn’t use them often. “I use them mainly for bills or if I have to pay someone money right away.”

Through no fault of his own–unless trusting a friend is considered a fault–Schroeder has also been to the dark side of a banking relationship involving the dreaded overdraft fee. “I overdrew my account once only because I had a friend of mine who wrote me some bad checks,” says Schroeder. “I don’t remember the fees exactly, but they were enough to cause frustration on top of getting stiffed by my friend.”

He sees no reason to change bank accounts once he graduates. “As far as I know, I should still be with U.S. Bank when I graduate. I am very satisfied with the service so far.”

Florida State University in Tallahassee, Fla. has a banking relationship with SunTrust, a regional bank serving the southeast. Elena Mlotkowski, an FSU junior, says she decided to link her ID card to a SunTrust bank account because the bank was on campus and her parents set it up.

She uses the card linked to her account for “banking and buying stuff with my debit account” at merchants on- and off-campus. More importantly, at least from SunTrust’s perspective, is that Mlotkowski will “probably” stay with the bank after she graduates.

Rachel Hewitt, another FSU student, says her card is linked to SunTrust because she receives financial aid through the account and has other accounts with the institution. That makes it “easy to transfer funds from one account to my FSU account and vice versa.”

Hewitt says she has never had an account with another bank. She admits she has overdrawn her account. “Every time you overdraw, it is a $35 fee,” she adds.

Like Mlotkowski, Hewitt says she will stay with SunTrust after she graduates because “I have other existing accounts there also.”

She mainly uses her FSU card for on-campus purchases and to buy gas. “Many merchants take the FSU ID. However, outside of Tallahassee I can’t really use it,” she adds.

Katie Carlsen, a student at University of Wisconsin-Eau Claire, another U.S. Bank institution, has been able to view the student ID world from the inside. She works in the campus ID card office. “Working here, I was exposed to several great U.S. Bank employees during the summer orientation. The job also allowed me to be very informed on the benefits and advantages of the Maxx Card (UWEC’s campus card). Due to the great information and the helpful U.S. Bank employees I made the decision to open an account with U.S. Bank and get a Maxx card.”

Her primary uses for this account are storing financial aid disbursements and paying bills that are school related. “It is extremely convenient since I can make deposits, and withdrawals right on campus,” Carlsen says.

Carlsen also uses paper checks because U.S. Bank issued her a free box of checks with the school mascot on them.

The 21-year-old senior sociology major says she most often uses her card for identification purposes. “I use it on campus for many things but I have also used it quite a bit as a debit card.” It is by many merchants that accept Visa.

Carlsen is unsure whether she will stay with U.S. Bank when she graduates. “I have a year of school left and I am not sure where I will be and what I will be doing after graduation. Those things will help me decide what to do with my bank accounts.”

This symbiotic relationship between students, their universities, and the banks that partner with the schools has yielded rewards for all three, at least in these scenarios. The major goal for both college and bank is keeping the student happy and not over burdening him with extra fees. What’s most important is the banks ability to establish a positive relationship with the student and school, creating a long-term, beneficial relationship for all parties. 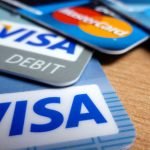 All debit cards are not created equal: Unders...