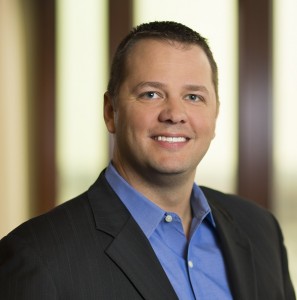 Smart cards are a growing trend, and we’re anticipating acceleration in their usage within the next year or two for a number of reasons.

Access control and adjacent applications on campus have been driving adoption in the past, but now there are other motives – technological and societal – that are showing value and will lead to more smart card transitions on campuses across the country in 2016.

This transition is being propelled by a number of factors, including:

The credit card industry is encountering an alarming amount of fraud – it’s in the news almost every week – and changes are evident in the fact that consumers have smart chip embedded cards designed to protect transactions and identity.

Card technology in the financial world is often an indicator of, and in many ways drives, what is and will continue to happen in access control. Credit card companies are making the switch because older technology like the magnetic stripe is not secure.

This transition to smart technology on credit cards will also push faster migrations in the access control and campus card arenas.

With the move to smart cards comes an unprecedented change: the merging of physical and logical access through system interoperability. This wasn’t previously possible with magnetic stripe technology because it lacks the functionality and security to provide a robust end-to-end system.

In transitioning to system interoperability, cardholder identities will be managed from a single source, as opposed to the current standard of a separate piece of software for each of the card’s applications.

This software change and new ways of management will take a little time and adaptation, but will ultimately have great benefits.

Additionally, as campus administrators combine each of the physical pieces into one or multiple head end systems, the solution’s architecture needs to be chosen for its robustness.

The need for interoperable systems and intelligence/data sharing is being standardized by the Physical Security Interoperability Alliance (PSIA), which has developed a Physical-Logical Access Interoperability (PLAI) specification.

Released as a draft proposal in 2014, it will provide a standard way for enterprises to ensure the logical and physical access privileges associated with a cardholder’s role are always in sync. That synchronicity makes it easier and more cost effective to create solutions, such as confirming that a cardholder is physically present before permitting access to an application or database.