The campus card system: A university's most important asset

If you want to know just how important your campus card system is to your university, shut it down for one day. After you’ve quelled the riots and handled the nasty phone calls from students, faculty and staff, who want to know why they can’t access their building, eat in the cafeteria, or make copies or check out library books, or do any one of a myriad of other things that campus cards allow, you’ll have your answer.

That, in essence, is the mantra of campus card guru Tom Bell, vice president of strategic consulting for Blackboard’s Transact system. He spoke to CR80News recently on positioning a campus card program.

“What you’ve got is an enterprise system, highly functional, that’s more important than the student information system,” says Bell. “If the student information system went down for a day, that would be okay. But if you took your campus transaction system down, then you’d have to figure out different ways to eat, to get into buildings…Imagine the attention you’d get if you turned your system off and went on vacation.”

This is what happened at Tulane University in Louisiana, but it wasn’t a vacation rather the rampages of Hurricane Katrina that caused the shutdown. “They couldn’t open up their college until they had the campus card system up and running,” says Bell.

Many administrators don’t realize that the school’s transaction system is running 24/7 and is critical to a college. “When campus senior managers understand that, they begin to understand the importance of it,” adds Bell.

Bell, one of the founders of NACCU, has been in the campus card business a long time. While he’s a Blackboard employee, he says he also considers himself an industry consultant and he travels extensively, lending his expertise to colleges who request it. “When I came to Blackboard, they told me they needed a campus card evangelist,” he says.

Bell thinks campus card offices aren’t doing a good enough selling job. One of his goals when visiting campuses is to help them be a little more politically savvy. “Tell people what you’re doing, create an annual report that describes what’s happening in this card office, the amount of money flowing through the office and the ubiquity of those readers,” he says. “You have to be thinking about how to present this card to your university. The campus card system is so important that everyone needs to understand what’s behind it. Right now, they take the card for granted. Yet, if the card doesn’t work, you have a wallet without money.”

Bell recommends that a college establish a campus card task force that meets once a semester to talk about where the campus card is going and then produce a report that goes to senior officials.

“We’ve done a good job at creating a system that works behind the scenes, but you need to get other people involved,” says Bell. “The campus card system has been supporting the mission of the university and no one talks about that.”

He says the question many people ask him has to do with maximizing revenue. “This gives me the opportunity to do a deep dive on what’s happening on campus and to come away with ideas that can blend leading practices to get the most value out of their investment,” says Bell.

Campuses are always looking for money and other opportunities to use their systems. They’re now taking campus card systems as a tool to branch off into other areas to provide other services.

“It’s not about selling a specific product, it’s about looking at what campuses are doing and how they’re deploying their systems.”

It’s also about coming up with out-of-the-box solutions. He cites the example of a campus that recently placed a card reader at a career counseling office. “The college uses the POS touch screen and a swipe of the student card to record that session. When campuses are evaluating operations they can see a record of how many people came in for career counseling.”

Over the years is the campus card landscape has changed. “It was primarily developed to take care of board plans, but we’re now at second and third generation,” Bell says.

Campuses are also looking at new technology and applications for cards, even though the mag stripe will persevere. “I see campuses exploring other kinds of technologies, such as with mass transit. I predicted a long time ago that mag stripes would be a thing of the past. I was clearly wrong. You need to worry less about the card and more about how it’s deployed,” Bell adds.

Bottom line? “What we have is a system that has an incredible number of functions, processing millions of transactions. It’s getting to be more and more of a reporting tool for campuses. They want to know how they’re doing, how many door accesses they’ve had, how many people are attending one of their events. It truly is well beyond what it started out to be.” 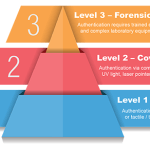