Syracuse University has inked a five-year agreement with Mac-Gray Corp. for the company’s LaundryView system that allows students to monitor the status of the washers and dryers in their campus laundry rooms from any device with a web browser, such as cell phones or computers.

First Installation Where Campus Laundry Facilities are Managed by the University

The LaundryView system enables students to monitor the status of the washers and dryers in their campus laundry rooms from any device that has a web browser. LaundryView provides students with real-time information about the availability of machines and alerts them through their cell phones or computers to any change in status or completion of a laundry cycle. Since its introduction in late 2003, LaundryView continues to generate increasing interest among colleges and universities and is now installed in approximately 10% of Mac-Gray’s academic accounts. Syracuse University is the first school managing its own laundry facilities to install the web- based monitoring system.

“We are pleased with Syracuse University’s decision to install LaundryView throughout its campus,” said Bob Tuttle, Chief Technology Officer. “It exemplifies their commitment to offering their students the highest level of campus amenities. This licensing agreement is also significant because Syracuse manages its own facilities and the installation will demonstrate to other schools that do not outsource their laundry equipment program that this technology is available to their students through a similar arrangement. The installation at Syracuse further validates the technology and contributes to the momentum that we believe is quickly establishing our LaundryView brand as the standard for online access to laundry rooms on college campuses, from coast to coast.”

“LaundryView is changing the way that students do laundry,” said David Kohr, Director of Housing for Syracuse University. “Students here at Syracuse are now able to monitor their washing cycles through their personal computer, cell phones or PDAs. This makes for better use of their time, improves their campus experience and keeps our laundry facilities less congested. The LaundryView system has received an enthusiastic response from our student population and we are impressed with the initial results.”

At Syracuse University, LaundryView was installed campus wide for the start of the September semester in 17 laundry rooms located throughout Syracuse’s student centers and residence halls. “Syracuse University has the single largest laundry room where the LaundryView system is currently installed,” said Taylor Doggett, Mac-Gray’s Director of Field Technology. “In the Goldstein Student Center, LaundryView is connected to 80 machines in a single laundry room, which is located next to a computer lab. It’s extremely convenient as students can be working at one of the computers and get an email notification when their laundry is done.” Comprised of approximately 430 washer and dryers, this represents one of Mac-Gray’s larger LaundryView installations.

About Mac-Gray Corporation
Founded in 1927, Mac-Gray derives its revenue principally through the contracting of debit-card- and coin-operated laundry facilities in multi-unit housing facilities such as apartment buildings, college and university residence halls, condominiums and public housing complexes. Mac-Gray contracts its laundry rooms under long-term leases. These leases typically grant Mac-Gray exclusive contract rights to laundry rooms on the lessor’s premises for a fixed term, which is generally seven to 10 years, in exchange for a negotiated portion of the revenue collected. Mac-Gray manages approximately 63,000 laundry rooms located in 40 states and the District of Columbia.

Mac-Gray also sells, services and leases commercial laundry equipment to commercial laundromats and institutions through its product sales division. This division also includes Mac-Gray’s MicroFridge business, where Mac-Gray sells its proprietary MicroFridge line of products, which are combination refrigerators/freezers/microwave ovens utilizing patented Safe Plug circuitry. The products are marketed throughout the United States to colleges, the federal government for military housing, hotels and motels, and assisted living facilities. MicroFridge also has entered into agreements with Maytag Corporation to market Maytag’s Magic Chef, Amana and Maytag lines of home appliances under its MaytagDirect program throughout the United States. MicroFridge and Maytag products bear the ENERGY STAR designation. To learn more about Mac-Gray, visit the Company’s website at www.macgray.com. 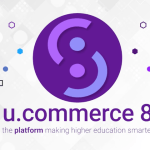 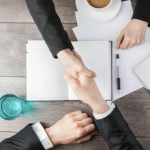