Seton Hall University recently completed renovations on a new, round-the-clock study space. The After Hours Study Space has been made possible in large part by the campus card and a door access reader.

Seton Hall's University Libraries has designated the room to give students unlimited accessibility after the main library has closed. The After Hours Study Space is a joint initiative funded between the university's Libraries and Office of the Provost in response to students' repeated requests for a safe study and work space that's available during overnight hours.

University officials say that a number of students had expressed their concerns about limited accessibility to the university's main library, which closes down after regular business hours. That limited access was only further exacerbated during peak study periods like those around exam weeks.

The biggest challenge for the University was offering a space that was both comfortable and safe, yet still efficient enough that it allowed for adequate resources to support students' study needs. Also key to the initiative was a need to provide ample security to everyone who would use the room in the late evenings and early mornings.

The answer to those needs is the After Hours Study Space located on the main library's second floor. The space has been configured to be adjacent to Dunkin' Donuts, which also offers 24-hour service five days per week.

Access to the space during the library's overnight hours is limited to current Seton Hall students with a valid campus card, as the perimeter door to the space is now equipped with a card reader.

The After Hours Study space operates as follows: 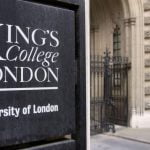 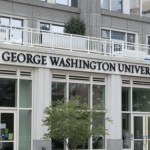