According to the International Card Manufacturing Association’s Global Card Survey, nearly 9 billion plastic cards were produced in 2000. There is an entire industry devoted to the science of plastics–from creating the ingredients and recipes to producing usable components. While a thorough understanding of the science is unnecessary for most of us, it is important to understand the basics so that we can make good decisions when purchasing plastic cards and can spot problems if failures arise.

How are cards produced?
The majority of cards are produced by layering thin plastic sheets, one on top of the next. Between 3 and 7 layers are typically adhered using a combination of heat and adhesive to form a final sheet. Then the sheet is cut into finished cards at the manufacturing facility. In this production technique, it is not uncommon to find bad sheets in which two of the layers did not adhere correctly. In such a case, the cards from this sheet will tend to split and peel. If you notice cards splitting into layers, talk to your card provider and have the remainder of your card stock checked or replaced. Often it will only impact a single sheet of cards but at times it could impact an entire lot.

Though not as common–especially among cards used as campus ID cards– some cards are produced via a technique known as injection molding. In this case, the plastic is forced into a mold to form the card. This is the same process used to make many of the items that are produced from plastic, everything from toy soldiers to automobile parts.

How is the plastic made?
The base material used to manufacture the majority of ID cards is polyvinyl chloride, or PVC. PVC is not new–in fact, the material was first created in a laboratory in the 1800s. Commercial production began in the US in the 1920s and, since then, PVC has grown to be the world’s second most widely used type of plastic found in everything from children’s toys to construction equipment–and ID cards.

PVC is created using salt and oil. For the chemists among us, electric current when run through salt water decomposes the salt to form chlorine and other by-products. Oil or gas can be refined to produce ethylene, which when combined with chlorine can ultimately produce polyvinyl chloride. PVC contains 57% chlorine by weight and is a white powder in its initial state.

In a pure state, PVC is rigid and holds inks or dyes well but it has low elasticity and tends to break down. For these reasons, the PVC is often mixed with other substances to form the usable plastic we carry in ourwallets and purses.

In some cases, PVC is mixed with other ingredients to make it more elastic and resilient or with other polyesthers to make it more printable, uniform, and durable. A report produced for the International Card Manufacturers Association states that most card mixtures incorporate between 10 and 15 unique ingredients.

Other card materials
In recent years, the environmental negatives involved with the decomposition of PVC led many to seek alternatives. One of these alternatives that has been widely utilized in the card manufacturing arena is polyethylene terephthalate, or PET. PET is a plastic that possesses many of the same characteristics as PVC, however, it does not emit the toxin hydrogen chloride when incinerated.

Another plastic used in card production is acrylonitrile-butadiene styrene, or ABS. ABS can be combined with a PVC base in a layered production process or it can be used as the base polymer in injection molded cards. Due largely to the problems encountered laminating and printing on ABS cards using dye sublimation card printers, it has not been widely used in instant issuance environments such as college and university campuses. More often, ABS cards are used in mass manufactured cards (e.g. transit cards) that are not personalized at issuance.

What we need to know
The choice of card materials can seem daunting but there are a couple of rules to keep in mind to make it easier.

Understanding the basics of card manufacturing will enable you to make good decisions when you order that next round of card stock for your program. 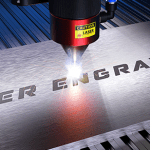 A look at bank programs across the country: W...

We’ll come to you...
|| TAGS:
Subscribe to our weekly newsletter