A new mobile safety app is being used at Ohio State University that's designed to enable students to quickly and easily call for campus security escorts or emergency aid directly from their smartphone. The initiative intends to provide students with more personal safety options while walking alone on campus.

According to local Columbus affiliate, Fox 28, the launch of the Lifeline Response app comes days after a female student reported being assaulted in her residence hall. There have been a reported 12 sexual assaults on the OSU campus so far this school year, the most recent of which occurred the week before the Lifeline Response app went live. The app was made available for OSU students to download this week and is now fully functional on the Columbus campus.

As with many other campus safety apps currently on the market, the Lifeline Response app enables users to request help anywhere directly from their smartphone. The app also enables users to report suspicious activity to police, as well as leverages GPS to inform police where help is needed.

OSU's student government association has been working to bring a safety app to campus for several years in an effort to boost campus security after dark, but stress too that the app is not an outright replacement for being aware of your surroundings and not walking alone. The LifeLine Response app is free to download and use for students and also works in other cities. 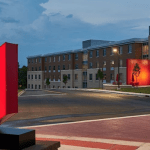 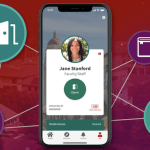