According to an official company release, the Samsung Wallet is protected by defense-grade security from Samsung Knox and takes advantage of an open Galaxy ecosystem by integrating with Samsung Blockchain Wallet to easily monitor cryptocurrencies and SmartThings to unlock doors.

“Samsung Wallet is bringing a new level of everyday convenience to mobile devices with a totally safe and secure environment for storing digital keys, cards and more,” says Jeanie Han, EVP and Head of Digital Life, MX Business at Samsung Electronics. “As part of our ongoing commitment to open ecosystems, we will continue to expand on the capabilities of Samsung Wallet by working closely with our trusted partners and developers.”

Among the features teased in the Samsung Wallet is support for official IDs, including mobile student IDs and driver’s licenses. Samsung says more updates on the mobile student ID is expected later this year.

For the other features, Samsung Wallet will provide users with a refined interface and one-swipe access to their payment cards, loyalty and membership cards, and more. Samsung Wallet also incorporates the functionality of Samsung Pass, an existing service that securely stores passwords and enables users to quickly and easily log into apps and services.

The Samsung Wallet will also enable users to quickly monitor their digital asset portfolio by checking the value of their cryptocurrencies across various exchanges.

A separate partnership with Korean Air will enable Samsung Wallet to store Korean Air boarding passes for easy access, making it simple and convenient to board a flight.

The Samsung Knox security platform offers protections that include fingerprint recognition and encryption to help safeguard sensitive data. In addition to Samsung Knox, certain sensitive items in Samsung Wallet are stored in an isolated environment — the embedded Secure Element — which also helps protect against digital and physical hacking.

Galaxy users in six markets — France, Germany, Italy, Spain, the United Kingdom and the United States — can get started by opening Samsung Pay or the Samsung Pass app from their eligible Galaxy devices and follow prompts to update and migrate to Samsung Wallet. 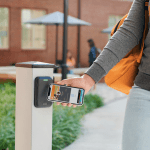 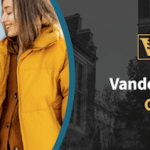