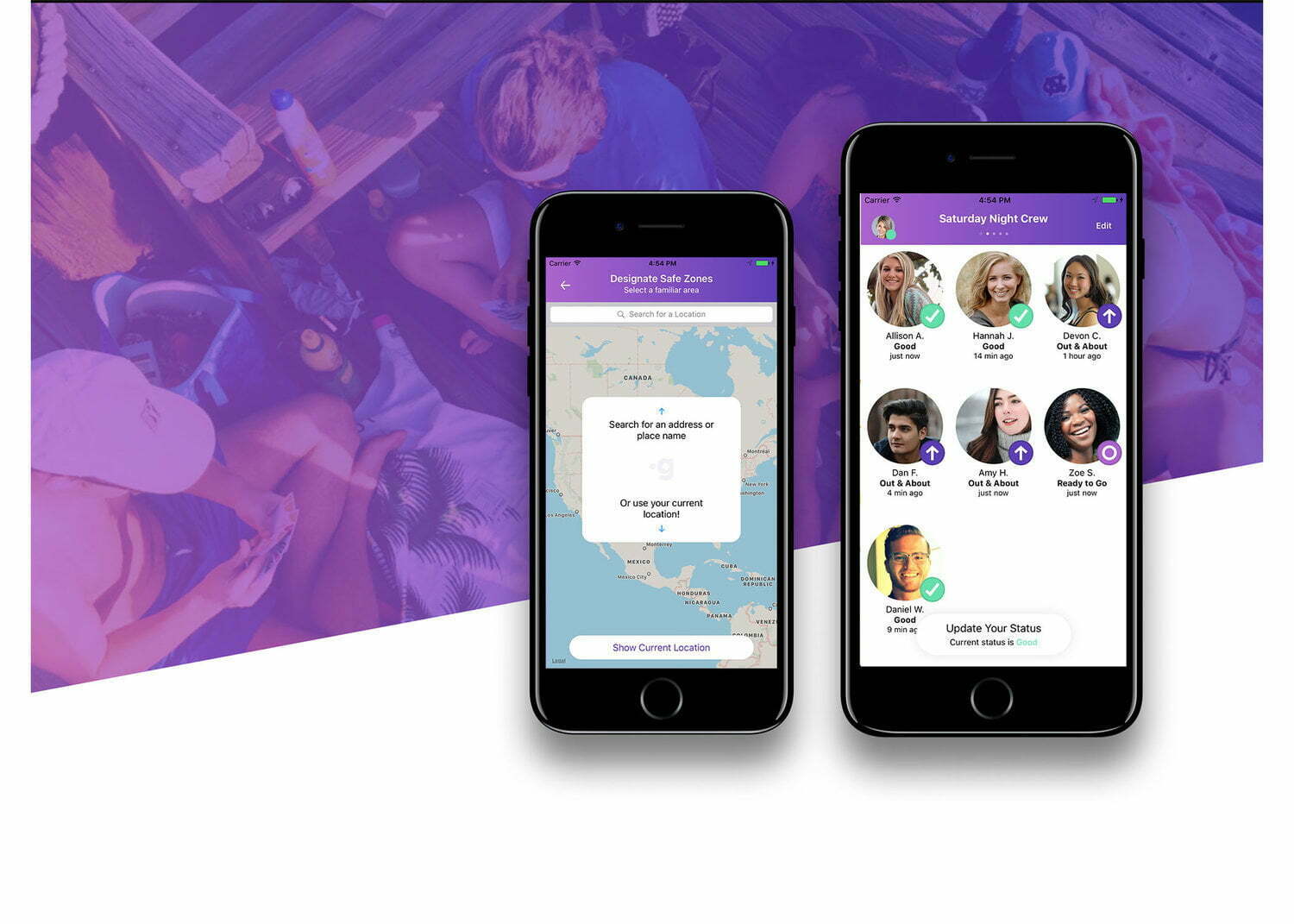 There's now a different take on the campus safety app in the form of Grooop, a student-developed app out of the University of North Carolina-Chapel Hill, that leverages messaging and friend groups to ensure student safety.

As reported by Hypepotamus, the purpose behind the tracking app is to provide a minimally-invasive platform where users create groups of friends, or Grooops, to keep track of each other’s safety status. The app creators call it a “social and safety hybrid app.”

Grooop allows students to set safe zones, like a residence hall or rec center, and then alert their selected group of friends that they’re safe if they’re within that geographical range. Once the student leaves the designated safe zone, their status is automatically changed to “out and about.”

If the user for example goes to a party, they can select “Ready to Go” to quickly find friends without texting and to avoid walking home alone. If an emergency arises or if the user feels unsafe, they can quickly swipe the app's lock-screen widget and activate an alert status that then signals the ‘Grooop’ that you need help.

“If the alert is selected in-app, there will be a countdown from ten in case the user accidentally hit the button, and will then pinpoint the user's exact location and send it to your group. The group will see which person set off their alert, and be offered a prompt to either call or text the person. This is the only time it will send off your exact location, unless someone requests it and you accept,” said app creator Nina Barnett, in a Hypepotamus interview.

Barnett partnered with Durham-based developers, Smashing Boxes, to build the app in the summer of 2016 and beta tested at a number of campuses, including UNC, the University of Alabama, Wake Forest University, UC Berkeley and Vanderbilt University. The app was publicly launched in August 2017.

So far, Grooop has active users on 15 campuses nationwide, with the larger goal to launch at major universities across the Southeast. The app operates on a subscription model with a possible university sponsorship model in the works.