Following a successful pilot of the MI COVID Alert contact tracing app on the Michigan State University campus, the Michigan Department of Health and Human Services has expanded the app to statewide use.

According to an official university release, the launch of the app was originally scheduled for November 23, but was accelerated after a successful pilot test was conducted within the Michigan State University campus community.

The MI COVID Alert app uses secure Bluetooth low energy (BLE) technology to detect nearby phones of other app users to notify individuals when they may have been exposed to someone who has tested positive for COVID-19.

This type of exposure notification app has been popping up in states across the country, including in Virginia, New York, North Carolina and Pennsylvania. However, the initiative at MSU is one of only a few universities to pilot such an app prior to a statewide launch. 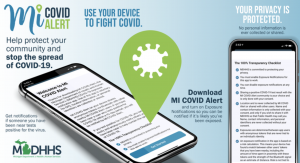 Michigan public health officials approached MSU in September about launching the app on campus and across Ingham County.

Health officials asked MSU to conduct research and develop a communication plan that would encourage students and other on-campus individuals to download the app. Information gathered during the on-campus pilot, including the overall success of the app, would be used to make a decision about the viability of a statewide launch.

The campus pilot began on October 15, with the MI COVID Alert app available for all campus community members to download on either iOS or Android devices.

MSU set an aggressive goal of 20,000 downloads by students, faculty and staff within 30 days of launch and a further 8,000 downloads from the greater Ingham county area.

By October 18 -- just three days after launch -- the MI COVID Alert app had been downloaded nearly 10,000 times. Within two weeks of launch, downloads had surpassed 30,000.

The MI COVID Alert app currently has more than 46,000 downloads from the MSU community and Ingham County.

“The positive response demonstrates the commitment of the Spartan community to be part of the solution,” says Shawn Turner, professor in the College of Communication Arts and Sciences, and pilot project lead for MSU. “Spartans want to do their part to slow the spread of this virus and they want to protect the people they care about. Downloading the app helps them do that.”

Despite already exceeding download goals, the MSU pilot will continue to run through the end of the year. 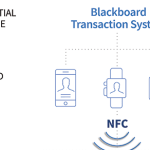 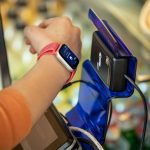