A small women’s college located in South Hadley, Mass., Mount Holyoke, opted to go in a new direction with its access control system installing wireless locksets throughout the 800-acre campus. Mount Holyoke’s Department of Auxiliary Services decided that wireless access control was the perfect fit for its 41 total buildings, 20 residential and 21 administrative.

All 2,100 students reside in campus housing, and Mount Holyoke has installed more than 1,000 devices across the campus with an additional 500 monitored points. The institution’s longtime campus card supplier, Heartland Campus Solutions, provides the system.

“It didn’t take long for us to figure out that wireless access control would be good for us,” says Doug Vanderpoel, director of Auxiliary Services. “It was easy to configure, easy to add on to and there were no issues with frequency interference from other devices on campus.”

Mount Holyoke uses a magnetic stripe for physical access but the college is testing contactless smart cards as a potential alternative. They are also trialing Heartland’s mobile app, which uses cellular and Wi-Fi to open doors.

The decision to go wireless coincided with Mount Holyoke’s expansion of its residential infrastructure. “Around the time we were considering the wireless access solution, we had a new dorm coming up and we wanted to implement Heartland’s online, fully wireless card access,” says Vanderpoel. “Facilities management was on board because the locks themselves are simple to install, requiring only a carpenter or locksmith and no electrician or low voltage technicians.”

Allegion, formerly Ingersoll Rand Security Technologies, manufactures the AD-Series wireless locks that are used at Mount Holyoke. The new locksets use the 900MHz band to update and transmit encrypted information through the air. The wireless locksets can support all major card technologies.

Mount Holyoke took advantage of the flexibility that the wireless locksets provide. “For example, we had a lot of wired doors on campus, but had some doors that didn’t require or merit the kind of attention that a controller and hardwiring provides; it’s a lot of work and a lot money,” explains Vanderpoel.

One challenge was the institution’s smaller student-used buildings where wireless access control has been an ideal fit. “Many of our buildings are standard houses in surrounding neighborhoods that have been converted into campus buildings, and there is a lot of student traffic and activity,” says Vanderpoel. “Also, we recently constructed new athletic fields that require access rights for students. It’s difficult to get wires out there, so we used wireless.”

The transition to wireless access control has been a smooth one for Vanderpoel and Mount Holyoke.

“Today, our standard for residence halls is to have a wireless access reader on each dorm door and suite door,” says Vanderpoel. “We also use the readers for doors at multi-use facilities. If students are using it, it gets a card reader. If just facilities or house keepers are using a door it doesn’t get a reader, but if they share access with students, then it does.”

“The control panels have a backup of transactions and the readers do as well,” says Fred Emery, Vice President of Sales, Heartland Campus Solutions. “So, if you lose network connectivity to a control panel, it can still communicate through the PIM to the readers. Additionally, if the wireless communication between a reader and PIM is lost, a reader can still operate using its stored local list,” he explains.

Wireless systems can be impacted by power outages, but in the case of Mount Holyoke, the wireless system has a failsafe in place.

“Even if all that power goes down, the locks can still operate in an offline mode,” says Emery. “The PIM receives power from the control panel, so in the case of a power outage, as long as the control panel has battery back up, the PIM still works.”

The system can operate in this offline mode in a couple of different ways. “It can operate just off the site code–which is not very secure–or can use the last 1,000 valid transactions through that door to establish access privileges,” explains Emery. “The locks store transactions in local memory and use that stored list until a network connection is restored.”

It’s a feature that Vanderpoel implemented from day one of the new wireless system at Mount Holyoke.

He also ensured that backup power is available. “We made sure that the PIMs were on the generator circuit,” explains Vanderpoel. “This way we can take full advantage of the controller’s memory as opposed to just the wireless locksets’ memory.”

Many buildings were not wired for card access or were located in areas that were difficult to wire.

The health center dates back to the 1970s and features a great deal of masonry–a wiring headache, explains Vanderpoel. Additionally, there are four doors leading to a single loading dock. These doors would have been a difficult to wire individually, but using the wireless implementation makes for an easy and effective solution.

In another installation, a small unwired building is using wireless access control by drawing a signal from a nearby residence hall. In this case, the online hardware is located in the residence hall and broadcasts the wireless signal across the street to the smaller building’s readers.

Mount Holyoke has put wireless access control to the test both in terms of the solution’s published 200-foot radius and also its broadcast strength. Vanderpoel has seen this broadcast strength in practice, penetrating the equivalent of 10 walls. This is the most extreme case, but for the dorm installations they have followed Allegion’s guidelines.

“For the dorms we followed the recommendations by installing one Panel Interface Module per floor,” says Vanderpoel. “There are only so many doors you can have per antenna. So for example, if the limit is 16 doors, but we need to add 19 doors, we can draw from another antenna that is close in proximity.”

This is, in fact, exactly how Vanderpoel and his staff implemented the solution at the college’s three-story Safford Hall dormitory. As the limit is 16 locksets per Panel Interface Module, Vanderpoel was faced with an antenna dilemma. “We have three floors, and on the third there are 19 locksets and a Panel Interface Module,” says Vanderpoel. “To account for the extra need on that floor, we steal signal from the second floor module.”

Allegion expects these kinds of patch solutions to occur, and provides a testing unit with each order that enables Vanderpoel and his staff to test and see if the signal will penetrate a wall or floor before making the system live.

Another dorm on campus, Creighton Hall, has 80 locksets spanning five floors. The building houses a multitude of wireless devices, is fully Wi-Fi, redistributes cellular service for six carriers and uses the wireless locks. It’s an intricate tapestry of wireless technology, but as Vanderpoel explains, the access control system has operated like clockwork.

“We have no issues whatsoever with the signal in these buildings,” says Vanderpoel.

The benefits that Vanderpoel has seen in the relatively short time since the campus went wireless are as evident as they are valuable.

Securing facilities and making sure cards were used over keys was a primary driver of deploying the system. “We have various conferences that come in, alumni, etc. who all get a card instead of a key, and we can remotely shut those cards down immediately,” explains Vanderpoel.

Having control over the master keys, the ease of installation associated with wireless doors, and a simpler, more streamlined process has relieved a burden on the Auxiliary Services staff. With a small workforce, any bit of congestion and complication that can be eliminated makes a difference.

For Mount Holyoke, and likely a number of other campuses, wireless access control represents a significant step forward in safety and convenience.

“The technology just wasn’t there at the time we were installing our system before,” says Vanderpoel. “Just from a coordination standpoint, wired doors always present an issue between personnel. The builder doesn’t have experience with card access, so he leaves it to the electrician, who leaves it for the low voltage guy, who needs the electrician to run the conduit, and yet you still need a carpenter to actually make the door work. With a wireless lockset, all those are standalone processes.”

As if the benefits and lessons learned weren’t enough already, Vanderpoel estimates that the wireless locksets are, on average, one-third the cost of a wired door. Specifically, labor is a major factor in the price of wired doors. With wireless there is no need to hire multiple trade personnel–carpenters, electricians and low voltage specialists.

At least for Mount Holyoke, the verdict is rather clear-cut. The institution has been able to employ wireless access control to great effect, leveraging the technology’s versatility, convenience and comparably smaller price tag to forge a solution that works for the campus, its staff, and most importantly, its students. 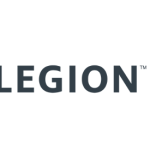