The University of Georgia Auxiliary Services is set to implement a new system starting next semester that will effectively kill the use of Bulldog Bucks for purchases made at off-campus merchants.

Bulldog Bucks is UGA’s debit-like card account that enables student ID cardholders to deposit funds and make purchases via the campus card. The program began in 2004 at a time when standard debit card use wasn’t as pervasive. Now, however, the program is being classed as surplus to requirements by campus administrators.

According to an official university release, “the cost for providing off-campus services has continued to rise, creating a deficit for every dollar used in those locations.” Moreover, use of Bulldog Bucks has declined alongside the proliferation of bank-issued debit and credit cards among students.

The primary change to Bulldog Bucks will be the removal of off-campus use. Students can, however, continue to use Bulldog Bucks as a payment method at participating on-campus locations for dining, vending and purchases at the UGA bookstore. UGACard holders will also retain the ability to deposit money onto their Bulldog Bucks account and monitor activity via the Bulldog Bucks website and through kiosks located on campus.

As reported by student publication The Red & Black, UGA spends an estimated $200,000 per year for the system that runs Bulldog Bucks. The university also pays a percentage fee in order for off-campus merchants to accept the UGACard as a form of payment.

Per the Red & Black report, the university receives 97 cents on the dollar for purchases made via Bulldog Bucks. At that rate, Auxiliary Services estimates that it loses as much as $300,000 each year under the current system.

“We’ve already talked with our off-campus merchants, and because of the program and the way it is, it’s not self-sustaining,” said Robert Holden, associate vice president of Auxiliary Services, in a Red & Black interview. “When we’re working with off-campus merchants, it’s actually costing the university money to provide that. We’re making it so it’ll be financially sustainable.”

Another reason for moving away from the off-campus program portion of Bulldog Bucks is that it’s put pressure on UGA Auxiliary Services to remain compliant with key policies laid out by the University System of Georgia’s Board of Regents. In particular, auxiliary budgets must operate on a self-supported basis and according to university officials the Bulldog Bucks system — which falls under UGA Auxiliary Services — does not comply with this policy.

The original model for the Bulldog Bucks system had the university charging merchants 15% to accept the UGACard as a form of payment, but in reality UGA has charged merchants around three to five percent, Holden said.

“The off-campus merchant program, whereas it may have been at one point a really great idea, the way that it ended up working out, the costs are too great,” Holden added. “We can’t cover the costs because we already start out in a deficit situation.”

According to the university, Bulldog Bucks will continue to be used exclusively on campus alongside program restructuring to limit future losses.

U. of Georgia makes OneCard available to onli… 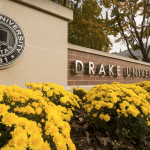 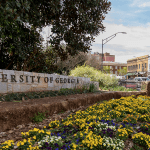 In a recent post to the NACCU Positive IDentity blog, Bankim Patel shares the results of the Association's Speedy Benchmark…

Penn State has launched a new student engagement mobile app for its campus community designed to help undergraduates, regardless of…

The University of Pittsburgh's off-campus program is gaining momentum once again, with students and other members of the campus community…

Grubhub has partnered with Transact Campus to include Grubhub's more than 300,000 restaurants nationwide in Transact’s off-campus merchant program, CampusCash.…

Drake University recently expanded the reach of its Bulldog Bucks off-campus program and declining balance account, enabling students and other…

Fostering an off-campus program at Pitt

Forging a truly successful off-campus program takes time, effort and commitment that campus card administrators don't always have at their…

Colleges and universities, no matter their size, are communities unto themselves. Each is a microcosm within which students develop both…