A Muslim-American advocacy group recently sued Massachusetts College of Pharmacy and Health Sciences over a policy forbidding face coverings, according to The Daily of the University of Washington, which includes traditional Islamic headdresses.

The college said that the rule was created due to security concerns such as matching up a student’s face to their photo ID cards.

The complaint reads, “We believe this policy has a disproportionate impact on the religious rights of Muslim employees and is in violation … of the Civil Rights Act of 1964, which prohibits employers from discriminating against individuals because of their religion.”

According to the Boston Herald, a college spokesperson stated that the two Muslim students whom the rule may have affected did not object to the policy. However, those at the company that filed the complaint, the Council on American Islamic Relations, believe it could affect Muslims who may want to apply to the college or work around the school, though there are currently no workers to whom the rule might apply.

Student creativity shines through in protesti... 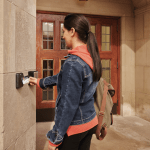