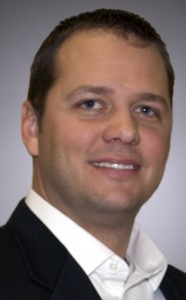 By 2020, the student ID card probably won’t be a card at all. Like other forms of technology, the nature of credentials changes at an ever-increasing rate. The traditional brass key gave way to the magnetic stripe card and then quickly to low-frequency technology. Moving into smart cards has provided extra security with just as much convenience as the previous technologies, and some cards now include biometric protection for added security.

The next step, a result of the rapid growth of smartphone technology, combines the extra security of a smart card with the convenience of a device you already carry with you. Students may forget their keys or cards but are almost never without their phones. Smartphones have begun to replace cards for many types of transactions, including individual loyalty cards such as Starbucks and broader based applications such as Apple Pay. Smartphone-activated electronic access control devices already are available, and the format is evolving quickly.

It now appears that Near Field Communication (NFC) is the technology most likely to emerge as the standard for ID, transactions and access control. What happens in the retail world will affect student ID direction through the acceptance and popularity of a format. The addition of NFC capabilities by major manufacturers makes smartphones a practical and growing solution for access control as well as identification. Samsung has had an NFC antenna in its phones ever since launching the Galaxy S3 about two years ago. Allegion tested pilot programs using NFC for access control devices at about the same time and since then has launched that technology into the Android and iPhone markets. While the latest iPhone 6 design incorporates an NFC antenna, it does not yet allow functionality outside of Apple Pay, though many companies are hopeful to have access to that technology in the future to provide a broader range of NFC features.

NFC holds the lead today, since it works with a large population of existing readers already in the field, but other technologies such as Bluetooth are also available. As evidenced by current trends, change is occurring quickly, so another new technology that nobody has yet heard of could emerge suddenly and take over everything. As of now, however, NFC holds the most promise. Two years ago it was unknown that NFC would be so well accepted, but with the recent adoption of mobile payments on popular devices, it has become the leading contender. A major deciding factor in what finally emerges will be the availability of readers and other devices in the field that can accept a credential. No matter how many technologies there are, they will have to work together to be of value.

Changing ID credentials from cards to smartphones won’t occur overnight. There is likely to be a period of transition, with some people still using cards and others using smartphones. By 2020, and maybe long before, smartphone and tablet apps should be universally accepted for ID and access control. Already, your identity is tied more than ever to your phone, yet it is more secure than a card, which can be stolen or lost and used by someone else. The addition of screen lock, passwords or biometric security on the device – like the thumbprint reader on the new iPhone – adds extra levels of security.

Of course, the credential is only half of the access control and transaction loop. A reader must be compatible with the technology to receive the communication and execute the action. Many retailers such as Starbucks are accepting payment by either card or smartphone app. When it comes to access control, some manufacturers already have readers and other devices that are NFC capable. For example, Allegion’s multi-technology readers will work with either smart cards or NFC devices. Readers such as these are future-proof in the sense that they are already installed and ready.

In the end, it may be a hybrid world for some time, with several different technologies operating in harmony, rather than just a single credential. A student or staff member may access NFC readers for ID and transactions on campus but use Bluetooth at home. These and other technologies can coexist on a single mobile device.

ID cards are likely to be around for years to come, but before long, they and the information they carry are almost certain to be embedded in a mobile electronic device, whether a smartphone, a tablet or another device still to be invented.

About the AVISIAN Publishing Expert Panel

At the close of each year, AVISIAN Publishing’s editorial team selects a group of key leaders from various sectors of the market to serve as Expert Panelists. Individuals are asked to share their unique insight into different aspects of the campus card market. During the months of December and January, these panelist’s predictions are published at CR80News. 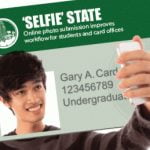 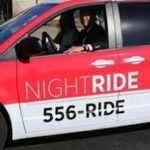