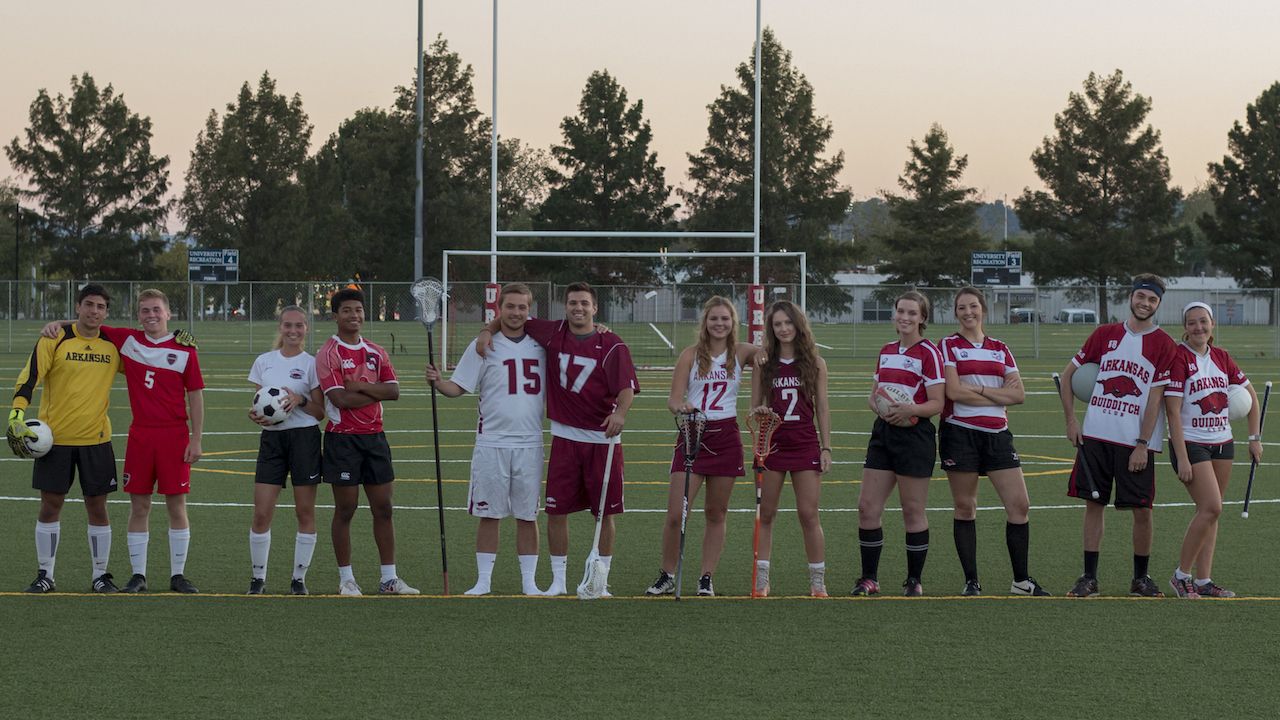 U. of Arkansas reports greater student success from rec participation

The University of Arkansas' University Recreation department has reported a positive correlation between freshmen usage of rec facilities and student retention and academic success.

According to an official university release, Araknsas has identified positive relationships among the 2017-18 freshman cohort who utilized campus rec facilities, and those who achieved higher GPAs and retention rates.

Students must swipe their ID card at Arkansas rec facility entrances, and it was those card access transactions from the 2017-18 school year that were matched with data including user rate, retention, and GPA. Nearly 86% of the freshman cohort used Arkansas rec facilities at least once within the academic year. The freshman to sophomore year retention rate for freshmen who used the rec facilities was 86.2% -- a noticeably higher figure than that of non-rec users at 77%. 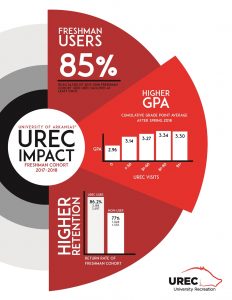 The University of Arkansas' infographic on campus rec usage and student academic success.

"The success students and the University see through higher GPAs and retention rates speaks volumes of the vital services and facilities operated by UREC," says Jeremy Battjes, director of University Recreation at the University of Arkansas. "Collegiate recreation programming and facilities are critical to a co-curricular experience for University of Arkansas students. We look forward to finding additional methods to integrate wellbeing experiences into students' lives."

The University of Arkansas' report adds to a growing body of evidence that suggests students who engage in campus activities -- particularly those that promote healthier lifestyles -- are more likely to remain enrolled, as well as succeed academically.

"UREC use is associated with on-campus housing, parent college completion, and other pre-UREC characteristics that predict persistence at the university," says Jesse Delaney, director of student success analysis for the office of student success at the University of Arkansas. "But even when we compare these UREC users to apparently similar non-users, we find that UREC users' retention rates are still significantly higher."

The American College of Sports Medicine recommends adults get a minimum of 150 minutes of cardiorespiratory exercise per week, and suggests that 20-60 minutes of high-intensity exercise three times per week is a manageable way to achieve that target. Students who used Arkansas' rec facilities were at least sixty times more likely to average 2-3 visits to rec facilities per week throughout the year.

The university's findings are so significant that academic courses are now being crafted to further support the initiative and spread word to students of the importance of campus rec participation.

"It has been exciting to partner with the Office of Student Success when reviewing this data and brainstorming how UREC could further support student success," says Erin Butler, assistant director of assessment and staff development at the University of Arkansas. "This semester UREC staff are teaching a themed section of 'EDHP 1012: Effective College Learning' that focuses on health and wellness through an immersion into UREC facilities and programs. And we hope to teach similarly themed sections of University Perspectives in the Fall."

Buying tobacco with a university ID...

Heartland: The convenience of OneCard vending...
|| TAGS:
Subscribe to our weekly newsletter