Texas State lets students be their own dining hall DJ

Texas State University is handing the aux cord over to students with a new app that enables them to pick the music playlist at campus dining halls.

Two dining halls on the Texas State campus have introduced Rockbot app, which acts as an interactive jukebox. It allows anyone with the app the ability to queue up a they want to listen to, and have it played over the dining hall sound system.

As reported by The University Star, the initiative is being spearheaded in part by Texas State's food service vendor, Chartwells, who says implementing the app is a response to a number of requests from students to play music in dining halls.

“People have always been requesting it through our guest satisfaction surveys,” said Steven Granados, director of marketing and guest experience at Chartwells, in a University Star interview. “The satisfaction survey gauges things every semester, like what (students) want us to include, how pricing is, etc. One thing that is always in there is music.”

The app was activated at the first dining hall last November followed quickly by a second dining hall in December. The app can be used in any location that recognizes the program – even at a barbershop.

The app works by placing beacons that receive song suggestions from those who have downloaded the Rockbot app. At Texas State, beacons has been placed at dining hall registers.

Chartwells will soon be placing information on each dining hall table with information about the app and how to download it. Diners can also ask student workers about how to interact with Rockbot.

The app can be download from both the Apple Store and Google Play for both Android and Apple phones. Chartwells also has plans to expand the app's availability to include a campus Au Bon Pain and Georges location.

According to the company's website, there is a measure of control over the songs that are queued into the Rockbot playlist. Admins can universally block inappropriate language, ban specific artists and songs, as well as turn off all Rockbot services based at any time. 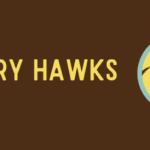 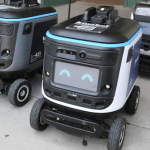 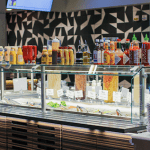