Apparently fake IDs aren’t just for trying to get into bars when you’re underage. An Irish designer created a fake student ID to take advantage of a discount at a local pizza restaurant but was later busted when he bragged about it on Facebook.

The designer went to an Apache Pizza in Dublin, which offers students a discount when they show their IDs. The designer wasn’t a student but tried to claim he was and argued with the employee at the shop. When that went nowhere he went back to work, produced a fake student ID cards so he could get the discount.

He would have gotten away with it, except he bragged about it on Facebook and had some now-quite-so-delicate words for the pizza chain. The chain saw the post and shared it and the image of the fake ID with its fans while also tagging the college he used to make his ID appear authentic, his employers and the police.

See the full story at the Daily Dot. 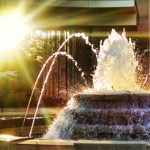