The National University of Singapore laid out plans to make its campus entirely cashless, but following student backlash and petitioning university officials have now scaled back the cashless plans.

As reported by The Straits Times, university officials released an e-mail to students earlier this week suggesting that a positive response to a trial had prompted the university to go entirely cashless across all campus retail and dining outlets. That move was slated for completion beginning in August in time for the upcoming academic year.

NUS' cashless initiative represents a scaled down version of the vision posed by Singapore's government, which has been pushing for a completely cashless society for some time. The cashless overhaul would force all 51,000 students and staff to use only mobile apps, the stored-value EZ-Link card, and regional payments services group NETS to make payments.

But it seems that even in an increasingly cashless age there's still room for paper and coin, as student pushback and online petitions are calling for the university to continue to support cash payments. Both petitions, launched just this week, already have some 1,700 signatures in total.

The community feedback has seemingly stymied the cashless move for now, as university officials have decided on a more gradual, phased move to a cashless campus. This could potentially delay the initial cashless campus projection of next year, as the university will continue to consider feedback from students and other stakeholders.

It's estimated that some 60% of all transactions are cashless at the university, a figure that includes visiting members of the public. There are minor benefits to cashless payments on NUS' campus, as students paying with a NETS card can receive a 50-cent discount at campus canteens and foodcourts.

Despite the undeniable benefits and utility of cashless options, some remain concerned that going entirely cashless would unfairly exclude those with no bank account, no funds on their stored-value card, or those without a compatible mobile device. 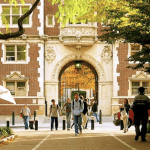 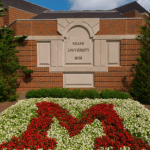 University Campus Card To Use Biometrics...
|| TAGS: Payments
Subscribe to our weekly newsletter