When officials at Sam Houston State University wanted to find a way to increase student engagement with on-campus programming, they turned to a new product from CBORD called GET Rewards. The offering seamlessly integrates a loyalty program into Sam Houston’s existing CBORD campus card system.

Through the GET Rewards program, students who use their campus card for food purchases or attend an event such as an educational seminar, swipe their campus card or use a barcode generated by the GET app to make a purchase or “check in." The system then rewards the student with loyalty points that can be accrued throughout the year and redeemed for prizes.

“Our goal is to use the rewards program to help increase engagement among the student body,” says Daniel Erickson, associate director of Bearkat OneCard Services at Sam Houston State University in Huntsville, Texas.

While the program will begin through the Division of Student Affairs and Bearkat OneCard Services, Erickson is hopeful for widespread adoption across campus. “We could eventually use it for everything from athletic events to leadership workshops,” he says.

GET Rewards works in a similar way to systems used by retail and restaurant chains that offer loyalty programs to customers. From a university perspective, however, the program is integrated directly into the university’s existing GET platform, CBORD’s suite of cloud-based commerce systems. That makes deployment rapid and straightforward.

In addition to the rewards program, the GET suite allows students to order and pay using their mobile device and manage their campus card accounts. GET also offers a wide number of other features such as a list of locations that accept the campus card payments and photo upload for their ID badge.

Students and parents can also use the GET system to check balances and add funds to campus card accounts from anywhere in the world.

“The campus card is their one-stop shop to integrate all the features of the university,” says Rob Wakelee, GET Product Owner for CBORD. “And the GET platform helps extend that integration.”

Universities choose which modules of GET to deploy to fit their particular needs. Campuses already utilizing the system can implement GET Rewards at no additional cost.

The GET Rewards program takes the experience people are already used to with places like Starbucks, and it brings that to an on-campus setting.

“Our rewards program takes the experience people are already used to with places like Starbucks, where you get something back as a reward for some action, and it brings that to an on-campus setting,” Wakelee says.

The university can use the GET Rewards system to incentivize behavior it wants students to engage in more often, and it can be used to encourage behavioral changes as well.

The rewards program could drive students to new venues, it could encourage online ordering, or it could promote service usage during non-peak hours by offering double points, for example. Alternately, if a university wanted to use online ordering to quell long lines, they could offer incentives to students to use the app to order ahead and then skip the line when they go to pick it up.

“It’s all up to the institution to define their program, but it comes down to rewarding behavior they want to see,” Wakelee says.

Wakelee says rewards can be physical items such as lanyards or hats, or intangible items, such as discounts or free admission to sporting events or fitness classes.

Intangible rewards can be set to automatic redemption, meaning that once a student hits a certain points threshold, discounts or other rewards can be automatically applied to his or her account.

Erickson says one of the main selling points of GET Rewards for the university was the program’s flexibility.

“It can be customized at any time,” Erickson says. “It’s not centralized where one person has to control everything. We can make it so if one department wants to promote attendance, they can give specialty prizes for just their specific program.”

Administration of the rewards program is done through the back-end portal of the GET system, so anyone who can log in can also administer rewards.

Students are obviously drawn to the program because of the free giveaways. It’s also attractive to students because it is built into the system they are already using — it’s not an extra app to manage or keep track of.

But from the larger university perspective, the ability to drive engagement is key.

“Lots of research shows that student engagement leads to retention,” Erickson says. “If we can get students to want to be involved, they are more likely to stay at SHSU and more likely to graduate.”

Research shows that student engagement leads to retention. If we can get students to want to be involved, they're more likely to stay at SHSU and more likely to graduate.

Sam Houston initially explored developing its own rewards system in house. “It’s definitely something that was considered, but the various layers and how to manage the platform from a technical perspective made it challenging,” Erickson says.

He says they decided to go with GET Rewards instead because they wanted something that could be implemented quickly and that could be easily integrated into all areas of campus that accept the campus ID card.

“Could it have been done in house? I’m sure it is possible,” Erickson says. “But with our current relationship with CBORD and other various campus dynamics, GET Rewards seemed to be the best course of action.”

Wakelee adds that a common trap campuses that try to go it alone fall into is that they end up with disparate systems that don’t easily integrate with each other.

“You get one system designed to drive engagement and another solution that fits for another department, and yet another for their point-of-sale systems,” he explains. “This ties it all together. It breaks down silos, and you have one program that works well and is integrated across the board.”

Erickson says that while Sam Houston’s initial efforts are geared toward campus engagement, in the future he would like to see the program being used across all campus departments.

“If we can get to half of the campus using it in the next few years, that would be a great goal,” Erickson said.

Sam Houston plans to promote the program during its first-year student orientations and formally roll out GET Rewards in the fall semester of 2018. 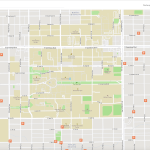 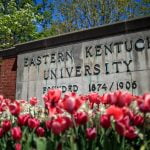