Had that simple little piece of plastic that students use to identify themselves remained just that, a student ID card, there probably would have been no war. But the moment universities or card providers decided to let parents or students use the Web to place money into student accounts, the battle was on for the soul of that plastic card.

As David Johnson, president and founder of JSA Technologies said in a 2004 interview: “If there’s no way to put money on a card, what good is it?”

That is the core of the battle that has been fought since then. The card has become a valuable asset. The only issue now is who owns the technology that makes that card so valuable?

JSA would say it does and, so far, no one has stepped forward to publically dispute that claim.

At the heart of the matter is U.S. patent number, 6,963,857 that was issued about four years ago, although it was first applied for in 1998. The patent is owned by JSA and in its simplest form covers the account to account transfer of funds between networks via the Internet. That would cover most campus card programs that use the Web to reload money to student accounts from other bank accounts.

When the patent was first awarded, it sent ripples throughout the campus card industry and it continues to do so today. The subject matter is so controversial that no one, even those who have signed JSA’s patent agreement, will talk about it. JSA is the only one who will.

JSA stands for Johnson, Sloane and Associates, although there is no “Sloane.” The “J” of course is for its president David Johnson. During an interview with CR80News five years ago, Johnson explained that when he went to incorporate, Johnson and Associates was already taken, so he pulled a name from the phone book.

Jim Doyle, JSA’s vice president of operations, describes the organization as a virtual company. “All our employees work out of their homes.”

The company’s flagship product, which it will license to anyone who wants to use it, primarily universities, is called StudentLink. “It is nothing more than the ability for a parent to give a son or daughter money at college,” says Doyle. “If you go on the Internet and go to your bank account and you’re in Florida and your son is in Ohio and you want to send money to the Ohio State Card, you’d be going through JSA. It’s the ability to reach into your bank account or your credit card account and grab cash and send it to a university card. That’s what we hold the patent on,” he says.

JSA started the patent process in 1998, and this also appears to be when some colleges and universities began developing in-house systems. If a college can prove it had a system in place prior to JSA’s patent no fee has to be paid. That’s known as “prior art,” but so far, says Doyle, no one has stepped forward with such evidence.

Prior art is a key term in patent law. It constitutes information that has been made available to the public in any form before a given date that might be relevant to a patent’s claims of originality. If an invention has been described in prior art, a patent on that invention is not valid.

If prior art exists, it would invalidate the entire patent and not just excuse the possessor of that art from liability under the patent. In the U.S. prior art that can be documented one-year prior to the patent’s filing date is typically considered acceptable as a one-year “grace period” is granted to acknowledge the likelihood that a patent application is typically not filed on the day of its conception.

“A lot of work has been put into developing this system,” says Doyle. “Our very first customer was Harvard which wanted to do this. Everyone said no one would ever want to send money over the Internet but once we developed the software, it caught on like wild fire. We’ve transferred more than a half billion dollars in the last 10 years, and we’re tracking to do $300,000,000, in 2008.”

He emphasizes that JSA’s patent isn’t on StudentLink. That’s just a brand name. “Our patent is on the technical way we transfer the money. If I wanted to put money on my Target card,” adds Doyle, “that’s covered by the patent.”

Doyle would not name companies who have signed up for a patent license or those others the company has targeted as possible patent violators. He says that fewer than a hundred companies have so far been granted a patent license.

How does a university or campus card supplier find itself in violation? Most of the time, it’s simply not being aware of JSA’s patent, says Doyle. “What happens, you will have a university with a strong IT department which says ‘why don’t we do a campus card program?’ They do the parking, laundry, prepare an Internet site where parents can install money, but they didn’t do due diligence. They get the site up and running and people like myself send them a letter. We find that 99% of the time they didn’t know a patent existed. If they’re apologetic, and most are, they can continue with their program and we come to terms with them for a royalty fee,” says Doyle.

The other option is for the university to discontinue its current program and “move right to the StudentLink program on which we charge a fair fee,” he adds.

When JSA first started to send out letters to universities alleging patent violations, it naturally created quite a stir in the campus card industry, so much so that JSA’s president posted an open letter on the NACCU Web site in 2006 explaining what JSA was trying to accomplish.

Letter from JSA to NACCU members

“Recently JSA Technologies contacted numerous private companies and several institutions of higher education regarding the licensing of a patent invented and commercialized by our company,” reads the letter that is still available at the NACCU site.

“(JSA)…has spent considerable time and resources developing and commercializing its patented software. The patent was obtained to protect the business and intellectual property rights of JSA Technologies. Without the patent, companies with greater capital resources could use our invention for their financial gain and attempt to drive JSA Technologies out of business. That is why we sent communications to college and universities who have developed solutions that may infringe upon the patent. We want to grant them licenses to our patent so they may continue their operations,” the letter goes on.

Finally, the letter points out that JSA Technologies developed “our unique WebVTS (short for Web Value Transfer Service), StudentLink and MerchantLink products” to address the needs of the campus and business communities.

“If JSA cannot meet the business requirements of a given college or university, we do not want to prohibit the institution from finding a solution that does. If, however, the solution uses our patented technology, we will request an appropriate licensing agreement.”

That letter and JSA’s subsequent requests for patent licenses from affected universities or campus card providers has apparently had the desired effect, although Doyle will not say who or how many have signed up.

“We’ve never gone all the way to court,” says Doyle. “A patent litigation will run between $500,000 and $2 million. It’s not worth spending this kind of money. We’ve not yet been fully challenged, but I believe we will this year for the first time.” But again, he won’t divulge names or potential litigants.

A Google search on the Internet yielded three lawsuits that JSA has filed against various companies alleging patent infringement. In two cases, the defendants settled and the third is still pending–Informed Decisions Corp., which operates CASHNet that assists universities, colleges, and community colleges in payments processing.

This is the patent suit named by Article One Partners, a prior art search company that is offering a cash bounty to anyone producing proof that the system patented by JSA was in use prior to the company’s initial patent application date, in this case 1999, although with the one year grace period, that would be 1998.

One of the settled cases involved Data Futures based in Harlan, Ky. The company develops software that provides food service and transportation management for school systems, as well as client management software for providers of healthcare to use on home visits.

The release did add that its patent license agreement “does not provide JSA with a license to use, interface with, or otherwise integrate with any CBORD product.”

Another card provider, CardSmith, Doylestown, Penn., never even got to the lawsuit state. The company purchased a patent license from JSA earlier this year.

Its president, Jay Summerall, in the same press release, added, “Web-based value transfer is a fundamental and valuable element of our service, and it was very important to us to eliminate any uncertainty with respect to the JSA patent as it concerned CardSmith or our clients. This agreement accomplished that objective. It means business as usual for our current clients and gives the marketplace assurance that CardSmith’s service is fully licensed under the JSA patent.”

Doyle also won’t disclose license fees, except to say: “Some people have paid hundreds of thousands of dollars for a license. It all depends on how you’re using it.”

He says there are several ways the fee could be paid, either one time, an ongoing royalty or a percentage of the profits. “Most opt for the one time charge.”

CR80News contacted several of the major card providers–CBORD and CardSmith, which already have patent licenses, and Blackboard and Heartland Campus Solutions–requesting comments. All declined to be interviewed.

So it appears, there is a battle being fought but it’s being done quietly.

We have done our best to translate the morass of ‘patent-speak’ into language that the average non-attorney can understand. The following translation is from the abstract of the JSA patent.

Translation: The patent is for a system that enables an account holder to transfer funds (or value) from one account to another account via the Internet (or wide area network). The first account operates on a specific network. A value transfer station (VTS) is a computer or similar device with connectivity to that network. The VTS runs software to accept (for the account holder) a second account number and a dollar (or value) amount to be transferred into the first account. The software also (1) verifies that the second account authorizes the transfer (e.g. that sufficient funds or credit are available), (2) receives the electronic transfer of the funds, and (3) adds that value into the second account. The VTS’ CPU and memory are connected such that the CPU can execute the software contained in the memory. 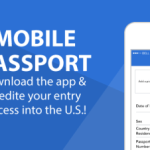 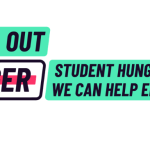 CBORD partners with Swipe Out Hunger to suppo…