Penn State University has yet again been victimized with another data breach situation resulting in the possible compromise of 15,800 student’s personal information, according to eSecurity Planet.

Officials said a computer in the campus’s Outreach Market Research and Data office, holding a cached copy of Social Security Numbers, was communicating with a botnet’s command-and-control center; exposing the student’s names, Social Security numbers and other personal information.

It is not known how long the university computer or student data had been compromised. This comes only a few months following a previous cyber attack on PSU, which took place back in December 2009.

Penn State officials say students affected by this will be receiving notification letters, and that the school intends to revisit its data protection and security policies to ensure future botnet attacks are either defused or identified much earlier. 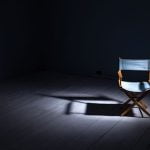