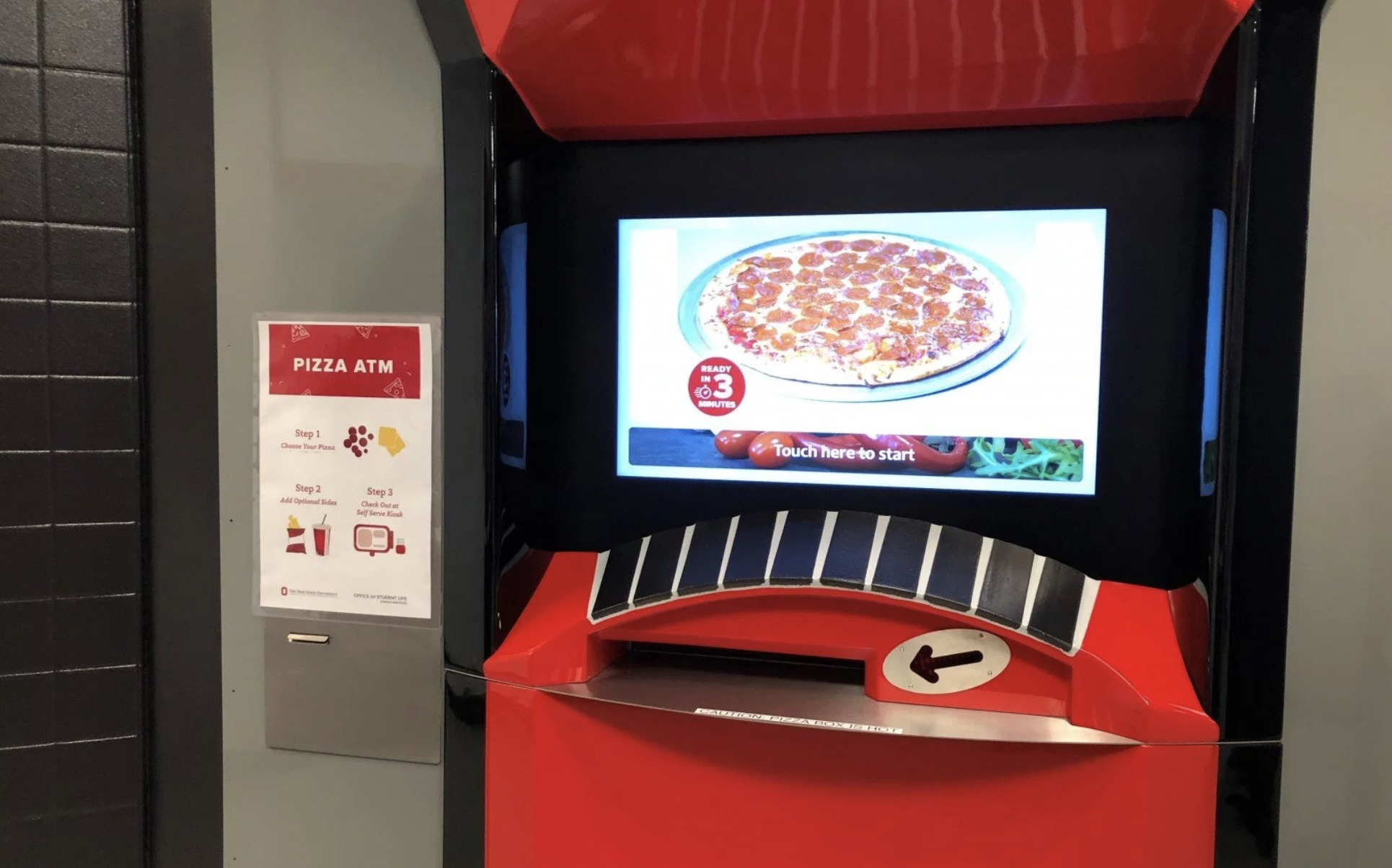 We were promised flying cars, but pizza ATMs will have to suffice for now. Ohio State University has installed a pizza ATM in one of its campus dining halls that enables students to use their student ID card to pay for and make pizza withdrawals.

As reported by local NBC affiliate WCMH Columbus, students can visit the kiosk at the campus' Morrill - North Dining Room, swipe their BuckID, and in a few short minutes, pull out a hot a pizza. In its coverage, WCMH gives a full demonstration of the pizza ATM in action from the ordering process through to pizza delivery.

Students can pay for the $8 pizzas with their choice of campus currencies, including meal plans, guest visits, BuckID Dollars, or dining dollars.

The machine, still in its pilot phase, currently serves only two pre-made pizza options. Limited to cheese or pepperoni, the 10-inch pizzas are pre-sliced and ready to eat. There are plans to expand the machine's toppings in the future as the pilot matures.

Cook time for the pizzas is three minutes, with menu navigation and transaction process currently taking around four minutes to complete. The machine houses up to 70 pizzas at full capacity.

The machine at Ohio State is just the third of its kind in the United States, with the other two also stationed in Ohio in Cincinnati and Cleveland respectively. Abroad, the kiosks are bigger hit with some 500 of the pizza dispensers dotted across France and a host of other European nations.

In an era when universities look to stand out from the pack with prospective students, initiatives like the pizza ATM offer inventive ways to capture student interest, all while diversifying campus dining offerings. Ohio State dining services plans to have its pizza ATM running 24 hours per day by the start of the fall 2019 semester.