As reported by The Hofstra Chronicle, the revocation of access privileges marks the end of a pilot program that Hofstra's Office of Residence Life had enacted. That pilot was intended to enable resident assistants to swipe in at any residence hall on campus to attend group training sessions and support fellow RA programming across the various dormitories.

“We found that the swipe access was often being used to enter buildings for purposes other than what was intended when the pilot program began,” said Beth McGuire, senior assistant dean of students and director of Residence Life, in a Hofstra Chronicle interview. “Based on that, and a recommendation from Public Safety, we opted to discontinue the program.”

The university's department of public safety also weighted in on the issue, stating that “universal access to dorm buildings is always risky, always controversial and unnecessary in most cases.” University administrators are confident that the change in policy won't negatively impact resident assistants' ability to successfully carry out their responsibilities.

The decision is seemingly dividing opinion amongst resident assistants, with some arguing that universal access helps to better serve student residents. The policy change, however, is undoubtedly a positive move for safety and security.

“I personally hate the lack of access. It’s annoying because I move around campus so often to the point that it becomes a burden to hand in my ID every time I enter a res hall,” said one Hofstra resident assistant, in a Chronicle interview. “I understand that giving complete access to students is a liability, but there’s a reason we were hired – because the majority of us can handle the responsibility of unrestricted access. It’s a shame that a few RAs had to abuse that privilege.”

“It doesn’t really bother me because I didn’t really utilize the access,” commented another Hofstra resident assistant. “If anything, it’s a smart application of security risk and vulnerability management. I’m sure it will cause some inconvenience for some RAs who have to work frequently in different residence halls, but then again, the more you limit privileges like this, the more you reduce the chance of any kind of safety risk.” 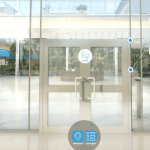 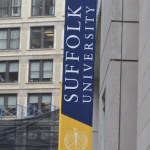 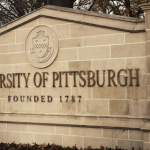