HID Corp. is making it easier for campuses that want to move from magnetic stripe to proximity cards for security and access control. Thanks to the company’s purchase last year of reader manufacturer Dorado Products and further development of the combined mag stripe and proximity readers, HID can now provide colleges with a new option … deploy a single access control reader that can accept both magnetic stripe cards and proximity cards at the same time.

Dorado Products, which got its start in the 1970s, “was one of the first companies to provide magnetic stripe solutions to the access control industry,” said Mr. Bubany. “Dorado readers are in use at many of the largest airports, power plants, governmental facilities, and corporate offices.”

The original combination/transition reader was developed in 1996 for Denver Airport so it could migrate 40,000 system users from mag stripe to proximity technology over a period of time, said Mr. Bubany. “The reader is a perfect solution for migration or using two technology cards.”

As HID President and CEO Denis Hebert said in April, 2003 when the Dorado purchase was first announced: “The addition of magnetic stripe products to our portfolio makes it easier for our customers to order all types of cards and readers from a single source.” HID also manufactures proximity, contactless smart cards, and Wiegand cards and readers.

Even though the Dorado purchase occurred more than a year ago, HID hasn’t seen the need to implement a widespread promotion effort, relying mostly on word-of-mouth and the strong support of the company’s network of resellers.

“Many end users have seen the product in press releases, data sheets and our web site and are seeing the applications for the reader,” said Mr. Bubany. “In turn, they are requesting their integrators to seek out more information. Many OEMs and integrators that did not see the initial application for this type of reader are coming back to HID for a second look in response to end user demands,” he added.

“This kind of grassroots effort is strong; demand grows and right away it’s on their radar screen,” said Mr. Bubany. “Our best marketing efforts have been focused on NACCU (National Association of Campus Card Users) members and other big mag stripe populations, letting them know about the product.”

He said that when he sent e-mails to NACCU members, “a lot of them contacted their solution providers, and then they contacted me. This is a whole lot stronger than me talking with them individually.”

One university considering the new option is the University of Miami (UM) in Florida.

“We definitely want to help them get over that way,” said Bret Tobey, senior product manager with Diebold’s Card Systems Division. UM’s Cane Card is based around Diebold’s CS Gold card system.

Mr. Tobey sees the mag stripe to prox migration via the Dorado readers as an efficient (i.e. cost effective) route for the university to take. Of particular note, he said, is the fact this could help the school cope with the Americans with Disabilities Act rules for wheelchair-bound students who, with a prox card, could gain easy access to their dorms.

“We think it fills a nice niche and for those in wheel chairs, when they approach the door, it will automatically open,” said Mr. Tobey.

“In the past, we’ve had to have both a mag and prox reader, and only a very few people could utilize the prox reader,” he added. “But UM and several other schools want to move to prox cards.”

But the mag stripe card will always have its uses, mainly for short-term guests, contractors, and so forth. “You don’t want to spend a couple dollars on a prox card when you can just give them mag stripe card,” said Mr. Tobey.

Added Mr. Bubany: “The Air Force Academy went straight to prox and used the mag stripe for contractors. They have no plans on eliminating the mag stripe entirely; they’re just segmenting part of their population.”

He said that as demand grows, “the next logical step for HID would be to consider market requirements for an additional solution for those customers who want to migrate from mag stripe to iCLASS.”

This would enable the added functionality that contactless technology can provide over proximity technology, said Mr. Tobey. “I think as time goes on, schools that don’t have large prox infrastructures will begin adopting iCLASS or other contactless technology. Thankfully, the way our system is set up, we’re not tied to a specific card technology.”

He adds, “I think we’ll start to see more contactless smart cards–about the same ratio as prox. It will be more than a trickle, but not a tidal wave. It boils down to how aggressive they (the colleges) are at access control.”

In summary, the transition reader has two real benefits for college and universities. First, it can enable a migration from magnetic stripe to prox cards to occur over time, without the need for a total recarding of the population. New students and replacement cards can be issued with the proximity technology but existing cards will still function in the access control system. In time, all the cards will be replaced with proximity cards but it can happen over the natural progression of time, saving the campus money and avoiding the unnecessary inconvenience that comes with forced recarding.

Second, the readers can serve as a means to segment user populations issuing prox cards to certain population subsets (e.g. dormitory residents and staff) while issuing lower cost mag cards to the remainder of the population. In both cases, the benefits for the institution and the cardholders can be great.

For more information on the Combination/transition reader from HID, click here. 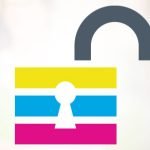 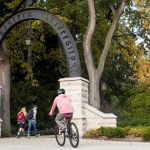