Erie, Pennsylvania's Gannon University is overhauling its campus copy/print system, giving students the ability to remotely print from their laptop, tablets and phones, as well as cycle out aging printer hardware.

As reported by the Gannon Knight, the university has contracted with vendor ComDoc to manage the new copy/print project. As part of the overhaul, a total of 110 new multi-function Xerox print, copy and scanning devices have been installed to help streamline an update printer hardware on campus. The move consolidates the Gannon IT Services printer fleet from 600 units to under 200 total devices.

Some of the legacy printers will be kept as spares or used for expansion as needed, but the update in hardware was sorely needed, as it's estimated that some of the devices on Gannon's campus had been in use for as long as 15 years.

University officials say that moving to the new copy/print system is cost neutral for Gannon. “The real benefit is bringing efficiencies to students providing the ability to print, print color, copy, scan, email and some fax, and do so from locations all over campus," said Kurt Spence, applications manager for Gannon ITS, in an interview with the Gannon Knight.

It's expected that further savings will be realized by forcing duplex, black and white copies and monitoring print behavior to better educate and manage consumable costs.

The new system will see each print job released to a printer on the network that will be identified once the student swipes their Gannon ID card at the card reader attached to the printer. After swiping their ID, the device will show the print jobs that are waiting to be released along with the cost of the jobs.

Students will continue to have a 600-page per semester print limit for the 2017-2018 academic year, and by default printers will print in black and white. A new feature for the coming year, however, some printers will support color printing but will carry a double charge.

As part of its copy/print overhaul, the university is also committing to keeping its print devices less than five years old. The university also intends to improve sustainability by adding eco boxes in strategic campus locations to collect used toner cartridges and other consumables. 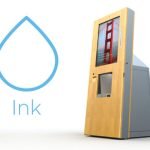