Florida Gulf Coast University came out of relative obscurity this year in the NCAA basketball tournament making it to the Sweet 16. The team went by “Dunk City” during its tournament run because of the high-flying acrobatics.

While losing to before the final four the 15 seed still exceeded expectations and to commemorate the run, the FGCU card office issued some Dunk City ID cards to faculty, staff and students, says April Lattanzi, Eagle ID Card Office Manager

The school had some outdated card stock and decided to make the special IDs to use that up. Cardholders could also add a Twitter handle or other message on the IDs. The campus day card attendees also received cards saying “Future Eagles of Dunk City.”

The card office also accepted donation for the cards to support the campus food pantry. The cards were not encoded with any information and could not be used for payments or physical access on campus.

Webinar: Taking your two-year institution to ... 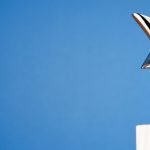