As we prepped for this year's National Association of Campus Card Users Conference, the vision was to construct an issue filled with articles highlighting the perpetual wave of technology. But in our pursuit of the latest industry advancements, an unintentional theme emerged: embracing change.

This issue is packed with new ways of thinking and operating. You’ll read about how contactless is making student lockers hip again. You’ll see a new means of card issuance via automated campus card kiosk We also detail a mobile-based verification tool that any campus – regardless of system vendor -- can leverage.

But the big fish in this issue is our look at the software-as-a-service (SaaS) hosting model that is taking campus card servers off premise. In interviewing for the story it quickly became clear that idea still split opinions – some applaud it as a godsend alleviating burdens from campus staff while others see it as a fetal position inducing worry.

This was a bit surprising to me. My experience with SaaS has been a highly positive one. At CR80News, we were able to move the server that powers our site from a closet in our offices to a series of secure, virtual servers dispersed around the globe in the public cloud. Instead of reliance on a single machine and one internal IT resource, we are now backed by the expertise and computing power of a global organization.

If you were to ask me if I wanted to move a software system to a SaaS environment, I’d ask, “When can we start?” But for others it will be a more calculated decision. In the near term, some campuses will change hosting models and many will not. Either decision is perfectly acceptable so long as the idea of change is embraced rather than feared.

Being agile enough to accept new ways of operation is crucial because change will come. With SaaS that change has already happened on a global level. Card systems are just another in the long line of applications considering off-premise hosting.

We each have our go-to’s, our defaults, our preferred practices. As creatures of habit, it’s only natural. But when those habits turn to routines, or worse yet ruts, it’s vital that we shock the system and start anew. It can be as simple as a small tweak in our day-to-day, or a wholesale change or hard reset.

In a sense, card offices work in a similar fashion. With all that the average card office has to juggle, it makes sense to lean on tried and true processes. But when something new comes along that can revamp the operation, it’s those that are willing to adapt and embrace change that will ultimately reap the benefits. 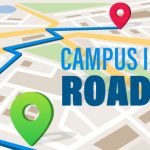 Make campus identity decisions with the help ...
|| TAGS:
Subscribe to our weekly newsletter