As the bell rings each morning at St. Mary’s Catholic High School in St. Louis, a camera takes a picture of every face that passes through the front and back entrance.

The private, all-male school of 350 students is located in a high-crime area on the city’s south side, and school administrators had been looking for an extra layer of security to complement the regular video monitoring system. It was then that they learned about facial recognition. In early 2015, Blue Line Security Solutions, a St. Louis business operated by former law enforcers, installed its biometric solution at the campus.

Every student, staffer and school volunteer was photographed and enrolled into the system. Even police and other first responders in the neighborhood have been enrolled for quick access to school facilities.

“They walk through the outer door and they enter a vestibule, and inside the vestibule is the camera,” says St. Mary’s President Michael England. “It takes a picture of the face, and if it is recognized in the system, a light goes on signifying that the door has been unlocked and the person is able to enter.” If unrecognized, the door does not open and the individual must be buzzed into the school by a greeter or receptionist.

[pullquote]Students enter a vestibule where a camera takes a picture of the face, checks it against the enrolled biometric templates and makes an access decision[/pullquote]

Everyone who enters and leaves the building is videotaped, and the system is programmed to scan this video in real-time searching for faces. When it finds a face, it uses facial recognition technology to check the encountered face against the database of enrolled faces. If a match is found, the system can let approved users enter or notify administrators and police if a known troublemaker shows up.

England reports close to 100% accuracy enabling entry for enrolled individuals. But he knows it’s tough to completely eliminate a threat when kids are pouring into the school at the same time.

“Once that door is open, they’re holding it for each other and coming in,” he says. “We always say if somebody really wants to get into the school, they probably can find a way. But facial recognition gives us one more level of security and enables us to react proactively if we have problems.”

England sees the technology’s potential in other applications, such as in the school store or cafeteria as way for students to pay. “There’s also been talk about using it as a way for people to enter the campus via car in certain parking lots,” England says. “I think everybody sees the added value that it has brought. It really hasn’t changed anything or made things more difficult. It just helps us to keep our community safe.”

The all-inclusive price tag for the solution at St. Mary’s is $15,000. Administrators liked the cost, especially with the Archdiocese of St. Louis expected to help pay for it through safety grants.

While the St. Mary’s school community seems to have adjusted easily to the new biometrics system, not everyone is eager to take the plunge.

“All of us walk through security cameras everywhere we go now,” says Joseph Spiess, senior partner at Blue Line Security Solutions. “But the stigma on facial recognition comes from companies that have indiscriminately placed people in their systems without cause or justification. Some have shared, transferred or even sold the facial information that they captured.”

Blue Line says its system is designed specifically for security or access control. The information collected remains in the client’s database and is never shared.

“We simply provide a security camera that’s trained by software to look for specific threats and make notifications,” Spiess says. “At no time do we hit big databases like some are doing. We’re not hitting Facebook or going into other big sources of stored photos to randomly target or market to people.”

The company sees facial recognition as one of the most effective forms of security in the corporate world. Instead of using cards or fobs, employees can glance at the camera while they’re walking to their destination – and the results are virtually instantaneous.

At St. Mary’s, the camera recognizes approved visitors and immediately sends an electrical signal to the door’s access control device to enable entry. But the technology can also be used to identify threats or single out bad actors for security personnel to monitor.

Blue Line and its users report a high accuracy rate. The company says it benchmarked the system at St. Mary’s for 30 days and found it to be more than 99% accurate. When it didn’t work, bad and poorly lit photos were typically to blame.

“The higher quality digital photo you have, the better success rate in matching,” Spiess says.

Other company clients include St. Louis circuit courts and the federal government. “We have a smaller corporation that’s using it for a workplace violence prevention strategy,” Spiess says.

He says the uses for facial recognition range from securing domestic violence shelters to detecting terrorist threats at the airport. “Whether it is retail trying to reduce theft or entities in potentially violent environments like courthouses or schools, it really has to be looked at as a process to keep them safer,” concludes Spiess. 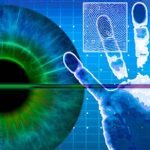