As reported by the Western Herald the WMU Student Fan Rewards Program, now in its third year, awards students that attend a WMU sporting event, with points that can be redeemed for prizes. The program also features a free mobile app, called Bronco Fan Rewards to which current students can link their Western Identification Number (WIN) and their university e-mail account to conveniently gain access to the service.

The check-in system at sporting events leverages geofencing technology to issue students with loyalty points. When students arrive at the specified area of the arena or football stadium, they connect to either a beacon or are identified based on their presence within the geofenced area to complete their check in. The beacons have a range of roughly 300 feet, which university officials say prevents people from gaming the system from afar and not actually attending the events.

The WMU loyalty program is powered by a service called FanMaker. The service has gained traction at a number of Big Ten schools, including Indiana University, the University of Maryland and the University of Wisconsin, along with fellow Mid-American Conference member, Eastern Michigan University. The company also provides rewards and attendance services for professional sports franchises including the NHL's Minnesota Wild and Nashville Predators, and the NBA's Phoenix Suns.

At Western Michigan, the points that students accrue for attending games varies on the type of event they check in for. “The less popular sports get more points, so there’s a larger incentive for students to come out,” said Kayla Lalik, a graduate assistant who helps run the program, in a Western Herald interview. “For football, we usually do 300 points for each game, but for women’s basketball, we do upwards of 600.”

Reward-point values also vary depending on the time of week the event takes place. Mid-week games award higher point totals as they're generally less attended than weekend events. There are also other event-specific incentives -- for example if coaches have scouts attending -- that will lead to more points being available to try to draw a larger crowd.

When it comes time for a student to cash in the reward points they have accrued, students can choose from an array of prizes including university-branded cups, t-shirts and souvenirs; gift cards from local sponsors like Applebees and Ticketmaster; and free haircuts from SportClips.

Reward points reset with the start of each new academic year. The WMU Student Fan Rewards Program currently boasts an active user base of just under 7,000 students, with plans to expand. 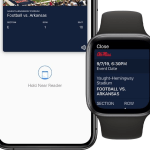 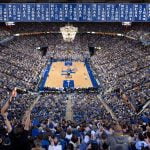 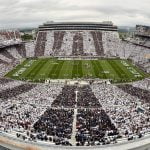 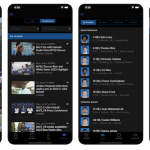