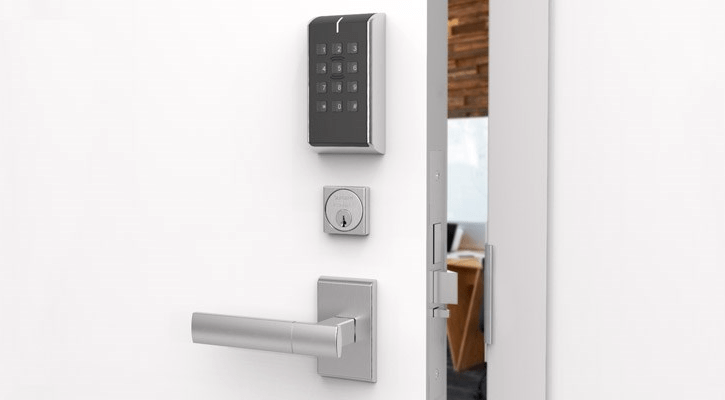 Wake Forest University is leveraging ASSA ABLOY Aperio locks and a software-based scheduling solution to help coordinate busy day-to-day life on campus. Scheduling solutions have quickly jumped to the forefront as a vital campus service – not just for normal times, but even more so now in response to new regulations surrounding COVID-19.

The typical college campus houses a labyrinth of classrooms, workspaces, study rooms, and special use spaces all made available to students. But the trick for many institutions is how best to utilize these spaces so that students get the most out of the facilities available to them, and the campus doesn’t have underutilized square footage on its hands.

“Four years ago, Wake’s provost wanted to purchase software that would allow faculty and students to schedule and reserve classroom spaces to provide more efficient use of the facilities we have,” says James Byrd, Director, Physical Security Technology and Deacon OneCard, Wake Forest University. “As a part of that we wanted to install card readers on those classroom doors. That was the driver; how do we get people into classrooms in an organized fashion,” Byrd adds.

So Wake began the process of identifying a scheduling solution in December 2016, followed by a beta test in a limited number of rooms in spring 2017. They went fully live in 2018 with a third-party event management system called EMS.

"We wanted to purchase software that would allow faculty and students to schedule and reserve classroom spaces to provide more efficient use of our facilities."

Things progressed well, but it became clear that without some form of automation, the system wouldn’t reach peak efficiency.

“With our prior use of EMS our office managed schedules manually, which strained us with at least 15 hours per week spent overseeing the scheduling process,” says Byrd.

The solution to the software side of Wake’s challenge came in the form of DAX.

The DAX software, by Detrios, is designed specifically for door unlock and temporary access scheduling challenges in higher education.

On the room scheduling side, DAX talks to a university’s existing event and academic scheduling system – EMS, 25Live, AdAstra, etc. – and uses that data to automate the reader unlock schedules in the campus access control system – Lenel, S2, CCURE, etc. – in an automated and configurable way. DAX's housing module does the same, linking with platforms like StarRez or Adirondack to automate the management of housing-driven access.

The value of DAX is that it helps eliminate the manual creation of room schedule reports, making special building and room unlock requests, and enabling more secure open hours by managing the readers after hours and on weekends.

“Luckily DAX is easily manageable. Particularly now, the university doesn’t want anything unlocked due to COVID-19,” says David Cowan, Access System Administrator, Wake Forest University. “Within the Event Management System (EMS) program at Wake, we have not only been able to control the event spaces that can be reserved, but we’ve also been able to consolidate the number of space managers – the people who approve requests – down to a single committee of individuals.”

The pathway for a room request starts from Wake’s Event Management System (EMS), where everything related to students, faculty and staff resides. “Once confirmed, DAX pulls the reservation from our EMS,” Cowan explains. “DAX then holds the reservation until about 15 minutes prior to the start time at which point it will assign the access privileges with an appropriate start and stop time.”

Prior to COVID-19, the system was averaging about 100 reservations per day.

Locking it down with ASSA ABLOY Aperio

To solve for the hardware side of the scheduling challenge, Wake turned to its longtime partner, ASSA ABLOY.

“Just about every one of our 1,600 electronic locks on campus is an ASSA ABLOY lock, and roughly 180 of them are Aperio,” Byrd explains. “As we were looking at the EMS and DAX integration with our access software Lenel OnGuard, it was just the most intuitive choice to go with the Aperio lock.”

"We wanted to maintain structural integrity and historical value while adding wireless locks, and Aperio was really the one brand that enabled us to do that without tearing down walls."

In addition to a strong relationship with ASSA ABLOY, the Aperio lock in particular made sense from a structural standpoint.

“It’s more about the design of the lock than anything else. The Wake campus was built in the 1950s; so lots of concrete in walls, door frames, floors and ceilings. And if it wasn’t concrete, it was 18-inches of plaster,” Byrd explains. “We wanted to maintain structural integrity and historical value while adding wireless locks, and Aperio was really the one brand that enabled us to do that without tearing down walls. It became a way of preserving our space but also to keep our costs down.”

Wake started with older reader models but after solid reader hardware performance is looking to upgrade to the newest Aperio IN100 or IN120 readers soon, Byrd adds.

Adjusting to the times

The arrival of COVID-19 last spring impacted every facet of campus life, and Wake’s scheduling solution was no different. But the system’s versatility has been a valuable asset.

“DAX saves us tremendous amount of headache. We were able to turn off all reservations when COVID-19 hit and do so in just 15 minutes,” says Cowan. “We can also turn off the integration within 30 seconds to not allow any reservations to go thru if we needed to.”

"DAX saves us tremendous amount of headache. We were able to turn off all reservations when COVID-19 hit and do so in just 15 minutes."

Wake’s initial implementation of DAX only unlocked exterior doors during the reservation time window. “Now with new measures in place with COVID we only grant access privileges to two or three people per room request who are then responsible for letting any other members of the group into the room,” says Cowan.

The initial set up also had no real limitations on reservation timeframes, with durations running anywhere from 15 minutes to days at a time. “We do have some limits on hours now so students can’t be in a space 24/7 during COVID-19,” he adds.

Added benefits of a scheduling solution

One of the unintended benefits of Wake’s scheduling and card access system has come in the form of energy savings. In fact, it’s been significant.

“Our energy managers reached out and wanted to know how the software was being used so they could get reports to help them see when spaces weren’t being used and set temperatures back and lights turned off,” explains Byrd. “We’re going to pilot with a full building next year that integrates with Lenel access to tell our HVAC and lighting systems which rooms aren’t in use and can be powered down. Then when the scheduling software says a room is to be used, these systems kick back on one-hour prior.”

Then there’s reporting. Wake is benefitting from a robust audit trail from not only its own EMS, but from DAX as well.

“EMS has its own reporting system. We get a nightly report from them to give us the next seven days’ worth of reservations that effect the Lenel system,” says Cowan. “We can audit those and manually do checks and balances in case someone can’t access a room.”

The DAX automated reporting system is also helping Wake’s auditing efforts, looking at which doors have been unlocked or not, who has access, and so on.

The versatility of the system is also leading to new scheduling avenues for the university.

“The initial project that drove this was just classrooms. But right now with the pandemic, there’s been a forced expansion for our graduate schools,” says Byrd. “There’s anticipation that we’ll go back and add card readers to all large meeting room spaces and auditoriums as well.”'

"With the way the system has worked, the goal of the university president to maximize the use of our facilities has been fulfilled."

“From a scheduling aspect the provost and facilities team have said that every room should have a card reader,” says Byrd. “The silver lining is that the pandemic has magnified this need.”

Whether before or after this new normal, however, the scheduling solution at Wake Forest has been an objective success.

“It’s all been governed back a bit as a result of COVID, but prior to that we saw a tremendous uptick in the use of our campus spaces,” says Byrd. “With the way the system has worked, I believe the goal of the president to maximize the use of our facilities has been fulfilled." 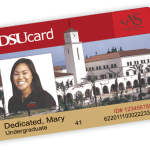 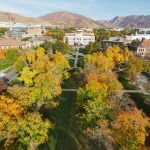 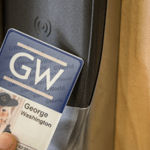