U. of Minnesota boosts dorm security ahead of Super Bowl

With the Super Bowl coming to Minneapolis, the University of Minnesota is preparing for the eventuality of traveling fans, special events and potential security threats to its campus residence halls and students.

In preparation, the university is implementing some new security measures intended to account for an influx of people to the campus and surrounding community. According to a Minnesota Daily report, an increase in community advisors and security monitors will be in place, along with more limited visitor access to, in part, discourage students from renting out their rooms to traveling fans.

According to university Housing and Residential Life officials, a standard protocol for all dorms has been put in place and will run from February 1st through February 5th, as Super Bowl LII is set to take place at U.S. Bank Stadium February 4th. Less than two miles separate the stadium and Minnesota's campus.

According to an email from Housing and Residential Life sent to all residents in campus housing, a maximum of three guests per resident will be allowed to enter residential halls in the days before and after the game. The email also stipulated that every guest must provide photo identification and can only be escorted into the residence hall by their resident host.

To help account for the increased traffic at residence halls, student residents who do not have guests coming in will be able to use a “fast track” lane to let them quickly scan their campus card without the extended wait. In addition, the university will add a second set of community advisors to respond to resident concerns during Super Bowl weekend.

Minnesota's Housing and Residential Life is also partnering with the university's Security Monitor Program to increase visibility and safety throughout the residence halls.

Despite security being the main concern during Super Bowl weekend, university officials are also working to keep students from renting out their dorm rooms to make extra money. Understandably, student housing contracts explicitly prohibit renting out rooms in residential halls.

“There has been so much in the media about hotels being sold out, people renting their houses, so we thought it would be a good idea to communicate that to our students,” said Susan Stubblefield, Associate Director of Housing and Residential Life, in a Minnesota Daily interview.

Director of University Student Legal Services, Mark Karon, echoes the sentiment that students renting their dorm rooms is a legitimate concern and violates the terms of their lease. “If students were contemplating renting, we would hope they would try and come in and see someone here to make sure that whatever they are trying to do won’t expose them to any harm or illegal consequences,” said Karon. 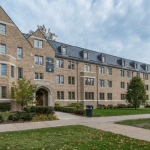 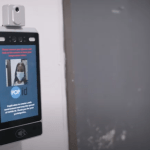 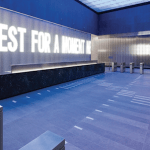