Stony Brook University has joined the growing roster of campuses to deploy reusable takeout containers in campus dining halls. As with other deployments, the initiative at Stony Brook is expected to cut both food and disposable container waste.

According to a report from student publication, The Statesman, students can opt into the container program with a $5 deposit that will give students one of the boxes. From there, the program follows a familiar formula as students fill the takeout box with food from the dining hall and return the used container to one of the dining facilities to be cleaned to and pick up a new one. Students will also have the option to be refunded their initial $5 investment at the end of each semester.

Stony Brook dining services reports that since starting the program 187 students have leveraged the reusable containers across both participating dining facilities.

“On some days I’ll have ten students take out boxes and on others around two,” said Jerry Pastrana, director of West Side Dining at Stony Brook, in a Statesman interview. “They are very happy to be able to eliminate waste. Overall I feel it’s a great win for the students.”

The idea to implement the reusable containers was initially raised by Stony Brook's Environmental Club. The program is still in a pilot phase at two of the university's dining facilities, but students are coming around to the idea.

A Stony Brook employee who works the dining hall register between says some students have been hesitant to pay the $5 deposit, but that she still issues between two and four boxes during each shift.

Stony Brook is just the latest in a growing number of institutions to provide reusable takeout containers for students. For more on these types of programs, see our previous coverage on the topic. 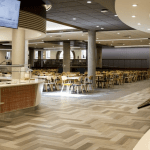 U. of Rhode Island, CBORD deliver touchless b... 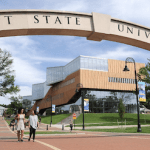