The Oklahoma Senate has approved a bill that would require colleges and universities in the state to print on either side of its student ID card the National Suicide Prevention Lifeline phone number, the Crisis Text Line, and the number for campus police or security. The measure in Oklahoma mirrors action being taken in other states, with regards to printing student resource numbers on campus cards.

According to an Oklahoma News 4 report, should the bill be passed into law it would go into effect on July 1, 2023. In addition to state universities and colleges, the bill will also apply to school districts and charter schools in the state that issue student identification cards to grades 7-12. For middle and high school student credentials, the bill similarly calls for the National Suicide Prevention Lifeline 988, and/or the Crisis Text Line to be printed on the card.

“Suicide among youth has been increasing steadily in recent years, especially since the COVID-19 pandemic. In 2020, nearly 40 kids in Oklahoma under the age of 17 tragically took their own lives,” says Sen. Coleman. “By having this phone number on their student ID, they have a daily reminder that they are not alone and there is always someone there for them.”

In a press release issued by Sen. Coleman, the State Department of Mental Health and Rehabilitative Services (ODMHRS) plans to launch 988 this summer. The Crisis Text Line on the IDs can be accessed by texting HOME to 741741.

“The Department of Mental Health is doing a great job getting the new 988 ready for Oklahoma,” says Sen. Coleman. “I think having a simple three-digit phone number will be easier to remember and use, and hopefully Oklahomans, especially our youth, will take advantage of this resource in their time of need.”

SB1307 passed on the Senate floor Tuesday, March 15 with a 39-4 vote. It will now head to the House for consideration.

There is not yet any specific information given regarding where on the student ID card the information needs to be printed, or the sizing or design.

A number of other states, including California, Washington, Wisconsin and Nebraska, have drafted and passed similar bills in recent years, all calling for crisis and support hotlines to be printed on student ID cards. 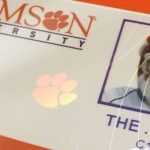 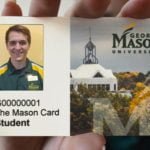 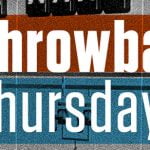