Customers, in this case students, are not always right, but they’re deserving of more, lots more. That’s the premise at High Point University in North Carolina which, since the 2005 arrival of its president, Nido R. Qubein, a motivational speaker and author of such books as “How to Get Whatever You Want” and “Close Like a Pro: Selling Strategies for Success,” has seen its freshman registration triple even though it now costs more.

An ice cream truck daily circles the campus, offering free goodies. Students on their birthdays receive balloons, a card signed by the president, plus a Starbucks gift card. Employees aren’t left out. They get a phone call from the president on their birthdays. Music is piped into the cafeteria, which also now has flat screen TVs. There’s valet parking and a concierge desk, where a student can request a wake up call.

In addition, the school has hired a director of WOW! to come up with new ways to cater to students. It’s no wonder the college has been featured in the Chronicle of Higher Education, which calls the school “Club Ed,” and at the Boston Globe site, which commented: “Does the idea of treating college students like customers – striving never to disrupt their sense of contentment – give you the willies? Then welcome to your nightmare…”

The Chronicle also reports that Qubein, a High Point alumnus, has helped raise $100 million for the school, which has allowed for a “significant expansion” of the campus’s facilities.

Other WOW frills include snack kiosks located around campus offering free bananas, pretzels, and drinks and gifts that students receive when they return from breaks. The university also tracks each student’s preferences (movies, candy bars, sodas, etc.) so all of them get exactly what they want.

The Chronicle calls all this a “jaw-dropping menu of student services.”

UA may Roll to a new means of handling ticke... 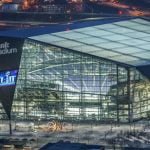 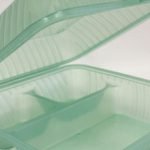