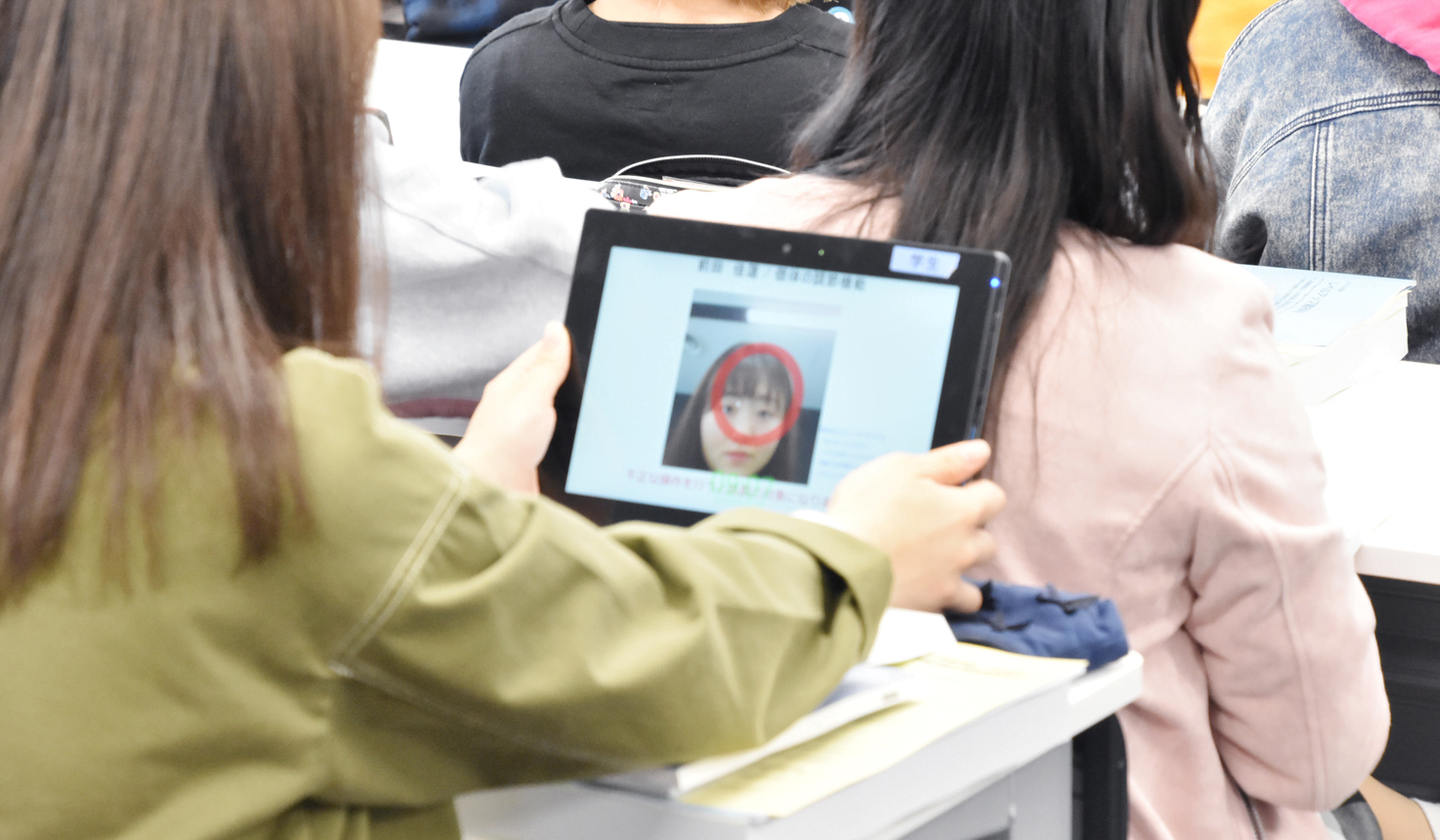 The Hyogo College of Medicine in Nishinomiya, Japan is using a facial-recognition biometric system to log student attendance in classrooms.

As reported by The Japan Times, tablets are used to check student faces against pre-registered accounts in the biometric database, and is the first program of its kind in a Japanese university setting.

The biometric database has enrolled 470 students to date. Students register their attendance using the tablets at the beginning of the class period, and then pass the device to the next student. The devices are held up to the student's face, and using the tablet's on-board camera, reads and matches the face with those enrolled in the database.

A total of 16 tablet devices with facial recognition functions have been deployed as part of the biometric initiative. Four tablets -- one for teachers, and three for students -- are placed in each lecture room and are used for freshmen, sophomores, juniors and seniors at the college.

The Japan Times also reports that the college intends to utilize the biometric attendance system to identify potentially at-risk students. The idea being that the attendance solution can identify long-term or consistent absentees at an early stage, and notify faculty so that appropriate physical and mental care can be offered to the student.

The university implemented the biometric system to prevent students from fraudulently logging attendance on behalf of other students. The facial recognition solution is also expected to expedite and improve efficiency associated with taking roll.

The facial recognition system replaces a previous attendance process that saw teachers hand out and collect paper attendance cards. That data was then later manually logged into the college's educational affairs system. The college estimates that the biometric system could save as many as 425 hours previously spent on attendance across 1,700 lectures held in one year.