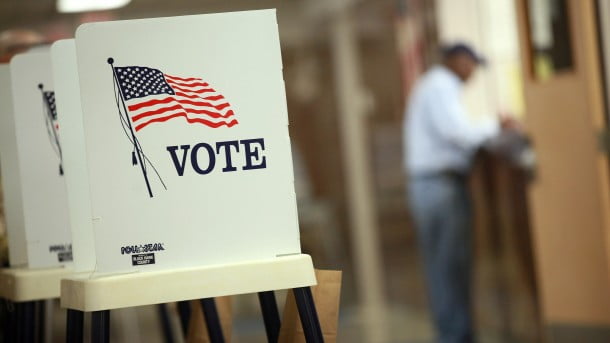 How far is too far for the university ID?

The voting process understandably garners attention, and in 2014 much of the spotlight fell upon the campus card. In states across the country, senators and representatives called for university-issued photo IDs to be used as an official form of voter identification while others rallied to restrict this use.

When it comes to voter ID, states are accepting everything from tribal identification to gun licenses, but they are still split with regards to the campus card. In 2014 at least four states were considering new legislation  –  Arizona, South Carolina, Tennessee and Texas  –  while at least 15 others already accepted the IDs.

On the surface, this type of use for non-campus functions might seem like a positive step for campus-issued IDs. But as you add functionality to a credential, you increase its value, and in tandem, the likelihood that people might work to create counterfeits.

Whether voter ID, age verification or use as an identity document when applying for accounts or other IDs, serious questions emerge.

What should be the limits of the student ID? What identifying information should appear on the card? And is it best to curtail its use to institution-specific functions, or let it be more broadly accepted?

In some instances, use of the university ID beyond the confines of campus can offer a great resource to students. Obviously, off campus merchant programs expand dining options and can serve a necessary function. Similarly, university-sponsored discount or loyalty programs can save students money and promote positive relationships between an institution and its surrounding community.

But these are fairly innocuous uses, more for convenience than for identity. Sure a card could be a target for counterfeiters for use in a particularly lucrative discount program, but the resulting damage would be minimal.

This might not be the case, however, for a card that can serve as a breeder identity document. Breeder documents are accepted as a form of valid ID when applying for another credential such as a state-issued ID or driver license. Additionally, it can be a breeder document if accepted for establishing services such as utilities, phone or financial accounts, as these can serve as a link in the chain for establishing a false identity or assuming another’s identity.

The modern campus card often carries both the data and perception of an official government-issued ID. But when it comes to the use of that credential for unintended purposes, where should accountability lie?

When determining the range of potential uses for the student ID, Jay Summerall, vice president Blackboard Transact, stresses that the institution should consider its mission and how the ID supports that mission. He uses the example of birth dates and IDs. “It would be highly unusual for an institution to want to step into the shoes of a state DMV or federal agency and try to convey the age of the cardholder for various purposes like purchasing alcohol,” he says.

This may seem like an obvious one, but Huber reminds not to include a Social Security Number on a student ID. This was common in the early days of the campus card, but it is a practice that has been banished in this era of identity theft.

Huber also implores universities to avoid the temptation to print the date of birth on a campus card as well. “Printing a birth date promotes the production of fraudulent campus cards and increases the potential liability to the university,” he says.

He stresses that the campus card should not be used for verification of legal age. “Although the legal age of the cardholder can be verified by an electronic check of a campus card system, it’s best for a university to confer with its legal counsel regarding this process,” he says.