The University of Greenwich has installed a SALTO smart access control system to secure student dorm rooms in a new residence hall.

The University of Greenwich is the largest in London with nearly 24,000 students. To control access to and within Daniel Defoe Hall the university has chosen a SALTO access control system supplied, installed and commissioned by SALTO Certificated Partner Guardian Security SW Ltd. The residence hall provides accommodation for 358 students and features a in a mix of flat shares, studio apartments and “mini-flats."

SALTO access control is already being used for other parts of the Greenwich University campus. At the university's Daniel Defoe Hall the idea was to think of the student accommodation as a hospitality environment. With this in mind, the university has installed 480 of SALTO's offline AElement wireless RFID lock units at the students' bedrooms, apartment doors and miscellaneous office doors.

Using the SALTO data-on-card access control system users across campus can access the building through its offline escutcheons in almost real time through the SALTO Virtual Network (SVN). This software allows the battery operated standalone locks to read, receive and write information via their operating ID smart cards.

Data is captured from the cards at the SALTO Virtual Network via on-line hot spots located at strategic points which upload and download user-related information that is then used to allow or deny access.

Key to the project at Greenwich has been the audit trailing and battery status features, along with the scalable nature of the system that will allow for more doors to be added to the system over time. 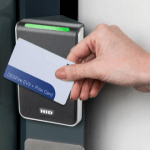 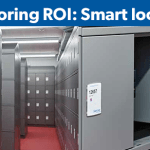 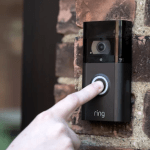 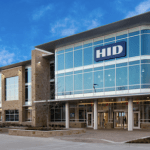