A post-audit recently completed by George Mason University reveals that the institution could save more than $1 million during the initial five years with its new cloud-based campus card system from Atrium.

George Mason, the largest university in the Commonwealth of Virginia, has a total enrollment of 30,000 students across five campuses. The institution’s new card system includes more than 16 real-time connections to campus systems and 660 points of sale spanning dining, vending, copy/print and off-campus locations.

George Mason deployed the Atrium system roughly 18 months ago following an RFP process. “The reason we opted for Atrium was the reduced operating costs, combined with the ability to have a cloud-based service and be agnostic in equipment requirements,” says Mark Kraner, executive director of retail operations at George Mason.

The need to be hardware agnostic was important to George Mason, he explains, because the university leverages a wide variety of hardware types and manufacturers including USA Technologies, Sequoia, HID, Pharos and more.

According to Kraner, the cloud-based architecture has also streamlined costs for George Mason’s card system. “By removing servers from the campus server farm we eliminated our rent payment and the cost of the system administrators,” he says. “Cloud services also provide a better disaster recovery program for the campus.”

To better characterize the savings and general expectations of the Atrium system, George Mason conducted a comprehensive post audit and analysis that spans the first five years of the system’s life.

At the helm of the post audit was Daniel Anthes, senior manager of information technology at George Mason University.

[pullquote]We saved a yearly salary of over $100,000, and the headaches that can arise when unknowledgeable system admins make changes without fully understanding the impact.[/pullquote]

“We expected going into the process that over the long term we would see savings, and we wanted to validate these savings,” explains Anthes. “Further, VP’s like to see the proof in the pudding. Ultimately, our decision was partly based on our expectation of savings and, in part, to validate our RFP process.”

As Anthes explains, the post audit was a fairly involved process, utilizing complied data from the RFP responses as well as actual university invoices. The first step was to examine licensing costs. This was pretty straightforward, and consisted of mostly side-by-side comparisons of quoted license fees, he explains.

Next, they looked at savings attributable to the cloud-based architecture, which fell into three categories:

“In terms of cost savings, the ability to procure the registers and peripheral hardware devices has been dramatic,” Kraner adds.

The value of an audit

Conducting a post audit of a card system may not sound like the most exciting task, but when done properly the results can provide invaluable insight into a campus card system’s performance. For George Mason, the post audit revealed significant savings resulting from the move to the new system.

The most significant savings were found in licensing, cloud services and hardware, explains Anthes. “The biggest chunk was found in cloud savings. This was followed by licensing and then hardware.”

The way forward for George Mason and Atrium seems promising, and the work being done to audit the system should only help improve it over time. Thanks to impressive cost savings and architecture benefits, it’s easy to see why George Mason’s audit has the university’s head in the cloud.

“From a global perspective our audit paints a compelling story for the cloud,” says Anthes. “For smaller data center operations, the picture was pretty clear to us when comparing self-hosted versus cloud.” 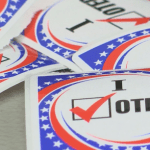 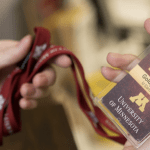 U. of Minnesota adds public transit via stude...
|| TAGS:
Subscribe to our weekly newsletter