A school shooting has put the spotlight on how campus IDs can potentially make students, teachers and communities safer. With the student credential at the heart of campus access control and security, could the card play a larger role in campus safety?

Last November, four students were killed and seven injured during the shooting at Oxford High School in Michigan. Now current and former students from the school have filed a federal lawsuit that is seeking more information about the shooting, a third-party investigation into actions taken by the district, and relevant policy changes.

The 15-year-old shooter was allowed to return to class after drawing bloody images, searching online for ammunition and other behavior that the lawsuit alleges should have resulted in more forceful preventative action from Oxford High School officials. The lawsuit does not seek monetary damages.

In the meantime, the recent school shooting in Uvalde, Texas, have reignited conversation about campus safety on a national level. Oxford school officials have taken steps to proactivity address security issues on campus to better thwart incidents, avoid public relations issues, and stop lawsuits. That includes student ID checks, along with mandating clear backpacks and banning the use of lockers.

Campus IDs, both in the university level and K12 environments, could play an increasingly important role going forward as institutions continue to add more security measures to shore-up campus safety.

In school transit, technology-as-a-service provider Reaxium, is one of a host of companies that offers a student ridership tracking system that enables parents and school administrators to keep track of students locations on bus rides via campus IDs. As the company explains it a recent blog, the system helps to make school transportation both more efficient and safer.

“Drivers will use buses outfitted with a tablet to guide them during the trip, notify them of the right stop and show them the student roster, when the bus arrives at a stop or school, students will check-in or check-out at the device with their school IDs,” the company wrote. “Increasing safety has been one of the most important aspects of student ID cards as a result of children taking the wrong bus, children falling asleep in the back seat, or parents not knowing the status of the bus that their children are on.”

At the university level, a select number of campuses are enacting policies that require IDs be visibly worn on lanyards, with a recent example coming from Western University in London, Ontario. The policy applies to students, faculty and visitors, and is intended to increase safety along with a sense of community.

While visible IDs alone won’t fully deter wrongdoing, it does offer an added level of awareness of campus community status, boost access control protocols, and help ensure that an intruder feels out of place. 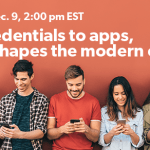 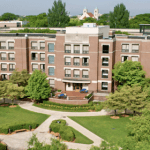