A newly proposed bill in the state of California is calling for all campus cards issued to students grades 7 to 12 to have a suicide prevention hotline contact printed on the back.

Senate Bill 972 would require public, charter and private schools issuing student identification cards to have a hotline number printed on the backs of all issued student credentials. The bill also applies to universities and community colleges in the state.

Per the official transcript, Senate Bill 972 would require students grades 7 to 12 that have been issued student ID cards by their school to have printed on the back of the cards the telephone number for a suicide prevention hotline.

The California Constitution requires the state to reimburse local agencies and school districts for certain costs mandated by the state, meaning that statutory provisions will provide procedures for schools to receive a reimbursement for the added cost of the new ID printing measures.

The proposed bill isn't pioneering in its aim, as a number of colleges and universities have been printing contact information for valuable student resources on campus cards for some time. But the addition of these types of resources certainly represents an important service for students of all ages.

Should the bill pass into law, school authorities at both the high school and higher education institutions would be required to begin printing the suicide hotline numbers on the backs student ID cards as early as July 1, 2019. 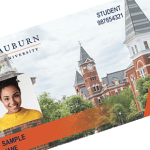 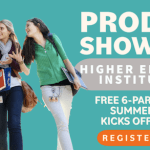 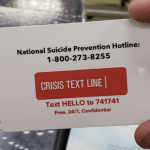