Universities and high schools in the state of Arizona could start printing suicide prevention hotlines on student ID cards as soon as next year. The state recently passed new legislation from the Senate Education Committee that would require the contact information to be printed on all newly issued student ID cards.

Senate Bill 1446 would take effect July 1, 2021 but would not require students who already have IDs to replace them for a new one. Following the lead of other states across the country, the bill would require high schools and universities in the state of Arizona to add contact information for suicide prevention resources, local crisis centers or emotional support services onto newly issued ID cards.

According to a report from The Patch, the bill has already passed the Committee unanimously and is set to be heard by the full Arizona Senate.

"I think it's really important to make our young people aware of the resources that are available to them," said Sen. Sean Bowie, D-Phoenix, the sponsor of the bill. "If they are struggling and need some help, there is a free number on the back of their ID cards that they can turn to and that they can call if they do need support."

Bowie said several districts across the state of Arizona are already printing suicide prevention resources on their issued ID cards, but there's no reason not to do so statewide.

Arizona would join Wisconsin, California, and Nebraska in moving to a statewide ID card mandate, while select universities in other states have decided on their own to print suicide prevention and mental health resources on campus cards. 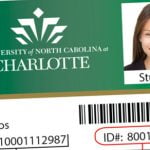 UNC-Charlotte discusses the move to contactle... 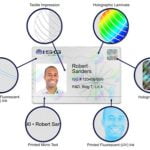 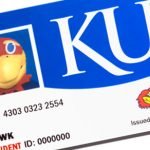