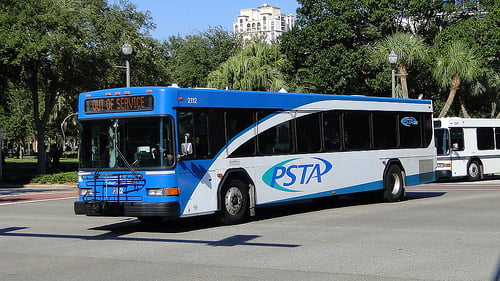 The feeder campus of more than 6,000 students and faculty instituted the new transit program this month making it the latest organization to participate in Pinellas Suncoast Transit Authority’s universal pass program, or U-Pass for short.

As reported by the St. Petersburg Tribune, the university will pay $13,000 to the Pinellas Suncoast Transit Authority for the first year of the program. In return, students, faculty and staff of USF St. Petersburg will receive free access to buses, shuttles and trolleys.

The university and its students stand to benefit from the new program, as roughly 10% of the USF St. Petersburg’s 6,000 students live on campus, and many of them don’t have a car.

Other U-Pass programs have been successful in the area, and are becoming increasingly common in communities with transit systems that serve both public workers and students.

PSTA launched U-Pass earlier this year and has also established an agreement with the city of St. Petersburg as well as with St. Petersburg College to make free rides available for employees and students.

In that agreement, St. Petersburg College funded $28,000 for the first year of its contract with PSTA. Funding amounts are based on estimates of how many students will utilize public transit.