The University of Connecticut is hitting the streets once again with its campus food truck, providing another valuable dining alternative to students, faculty and staff. The "Food for the Pack" food truck is back to serving the UConn campus community following a number of changes and improvements.

According to UConn student publication, The Daily Campus, the newly revamped food truck concept previously operated as the "Food for Thought" truck, but a rebrand of the truck to “Food for the Pack” more closely reflects the university's branding. The truck serves the UConn community from a central location at a heavily trafficked on-campus library.

The Food for the Pack truck opened on March 21 and is open  from 11:00 a.m. to 4:00 p.m. on weekdays. Crucially, students can use Husky Bucks through their meal plans and campus cards to pay for food from the truck. Apple Pay and standard credit card payments are also accepted.

The food truck was initially purchased by the university in 2016. In the time since, the truck’s exterior paint and decals faded due to normal weathering and wear-and-tear.

One of the main goals of food truck revamp was to update the truck's appearance to match the UConn blue and other important campus branding.

Discussions to rebrand the truck began at the end of summer 2021. All updates are now complete and the food truck will remain open for the remainder of the academic year.

“We wanted to have it done before the new school year, but it took us a little longer to finalize all the details, and we just opened after Christmas Break,” said Robert Landophi, UConn Associate Director for Culinary Development and Residential Dining, in a statement to the Daily Campus.

Along with redoing the exterior of the truck, UConn Dining Services took student suggestions in changing the menu.

“We did a survey to find out what students were looking for on the truck, and burgers and fries was the number one request," Landophi said. "We then took it a step further and asked 150 students what they liked on their hamburgers, and that’s how the menu came about."

Along with standard hamburgers and other meals, the food truck also offers vegan and vegetarian fare, as well as a host of dessert options. 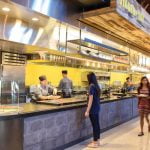 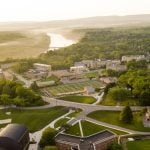 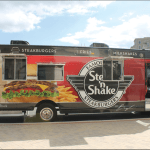 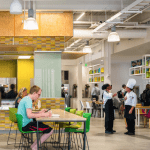