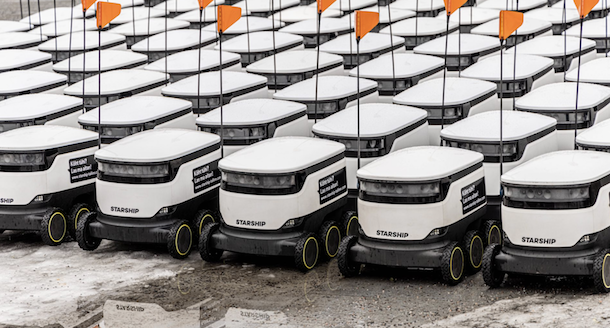 Robot delivery has arrived at the University of Tulsa after the campus partnered with provider, Starship Technologies. The move reportedly makes Tulsa the first university in the state of Oklahoma to offer robot delivery on campus.

According to a report from Tulsa World, the university has deployed an initial fleet 15 robots, but has left the door open to expanding the initiative to as many as 40 robots. Users order and pay via the Starship mobile app, with each robot delivery carrying a flat delivery fee of $2.50.

“This robot delivery phenomenon has added about 30 colleges across the country and we said, you know, we’d like to be next,” says Matt Warren, Vice President of the University of Tulsa. “TU is a STEM-focused institution, and we are always looking at what’s high tech, what’s new.”

The service will enable students and employees to have meals delivered from select campus eateries to a variety of campus locations, including residence halls and offices. The service works with TU Dining Dollars, the Hurricane Gold Dollar program — a prepaid account students and staff use their via their TU ID card — as well as standard credit cards. The delivery service runs between the hours of 7:30 a.m. and 11:00 p.m. daily.

Warren hopes that demand increases and that more robots could be deployed. An area of Tulsa’s Mabee Gymnasium is already being converted to serve as a home base for the robots. “We’re installing this special robotic garage door that automatically opens and closes so they can file out at 7:00 in the morning, and then file back in at night to recharge,” says Warren.

The service officially launched in late November, and has been met with positive feedback.

“So far, students are loving the convenience,” says Warren. “We had one bad weather day and we got a lot of positive feedback that it’s certainly worth the $2.50.”

The service is currently restricted to campus dining locations only. The robots are capable of operating at a range of up to two miles from campus, a feature that the university intends to leverage going forward.

“We are looking at a phase two where we’d be looping in neighboring eateries, so our students could order from them and have their order delivered via robot to campus,” says Warren. 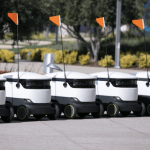 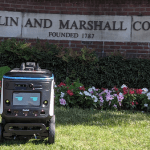 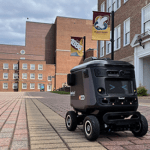 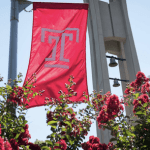