A world without physical card-based identification may still be years away, but that doesn’t mean it’s too early for innovation in the mobile ID space, including significant adoption for key use cases and applications.

Whether it is building on visual or optical security features, or empowering new business models and personalized user experiences based around identity as a service and electronic verification, mobile IDs hold the key to smart digital transformation and reduced friction for users while enabling additional privacy enhancing applications.

Security starts with simple scannable 2-D barcodes and rapidly advances from there. New security protections on the card include lightweight visual features that pair with advanced features that can be machine-readable in the field. The ideal security is linking the applicant’s face (selfie) to the official photo on record in the DMV database using biometrics. 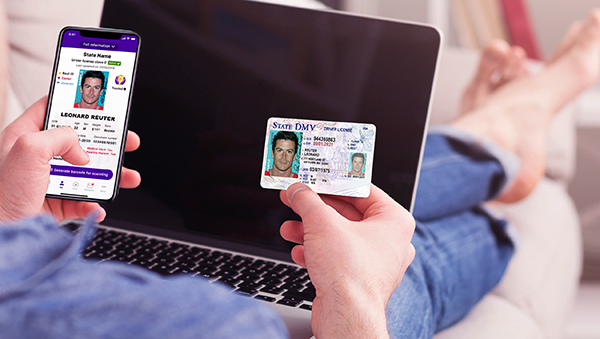 Mobile IDs will be machine-readable by dedicated readers or even an officer’s mobile phone. Encrypted and signed data packages can be decrypted and authenticated by approved software applications leveraging the ISO 18013-5 mobile ID standards.

To offer a familiar look, these mobile IDs include secure visual renderings that reflect the person’s physical driver’s license, but they also have additional security features that can be authenticated by law enforcement. The mobile driver’s license enhances both security and convenience. For example, a citizen can tap on their phone screen and show features – such as 3-D portraits that move back and forth or animated guilloche patterns that change their appearance – to law enforcement without the officer having to go back and forth to the patrol car.

Mobile IDs will be machine-readable by dedicated readers or even an officer’s mobile phone. Encrypted and signed data packages can be decrypted and authenticated by approved software applications leveraging the ISO 18013-5 mobile ID standards. This can be accomplished through the mobile ID app via the Internet, locally and directly via Wi-Fi Aware, Bluetooth or near-field communication. Additional standards such as Open ID Connect (OIDC) are included in the mobile ID app to empower logical access to web and mobile applications, enabling users to login using their mobile driver’s license.

“In well-designed mobile ID systems, no personally identifiable information is stored in the cloud service,” says Darrell Geusz, Senior Director of Product Management, Digital Identity for IDEMIA. “Identity data only stays in two places – on file with the government system of record and on your phone. In addition, the user must have the ability to consent to what information is being shared and when.”

There is good reason to encourage investment in mobile IDs. As the culture is changing, so is the role of the typical motor vehicle office.

With driving among the younger generations at an all-time low, and with the emergence of ride-sharing and autonomous vehicles, the role of the DMV in managing driving privileges and enforcement is becoming less pronounced.

“DMVs recognize the potential contribution and significance of their regulated identity proofing and identity management services in the digital transformation of our society, and how they need to extend their reach to play a key role,” says Geusz.

With a new digital and mobile identity in place, states can interact with citizens in new ways with the help of the DMV.

With driving among the younger generations at an all-time low, and with the emergence of ride-sharing and autonomous vehicles, the role of the DMV in managing driving privileges and enforcement is becoming less pronounced.

An obvious first step would be through an interaction like opening the lines of communication about a pending license renewal. The mobile driver’s license could also serve as the point of contact to notify a speeding ticket recipient that points were added to the license and also when those points come off — reminding the driver to contact their insurance provider to bring their rate down.

Another goal of the mobile driver’s license is to get people out of line at the DMV.

Say, for example, you were selling your car. At least one state is piloting a program that will complete the title transfer without requiring the seller or the buyer to step foot in the DMV. States also have plans to enable name or address changes, renewals, and fee collection within the mobile ID app.

Down the road, it is possible that a sufficiently secure mobile driver’s license could be used to register to vote — or maybe even facilitate voting directly in the mobile ID app.

“Government issued mobile IDs like the mobile driver’s license can become the backbone for all e-government functions,” says Geusz. “Eventually it will become the citizen app, a portal to conduct identity-centric interactions with the government.”

A government-backed or government-issued mobile ID, such as the mobile driver’s license, could also facilitate private sector transactions such as opening a bank account, checking into hotels, renting cars, or booking airline tickets. All these services require a secure identity and beg for the flexibility of a mobile ID.

Enabling VIP and concierge services, as well as interacting with an organization’s infrastructure, is also a key benefit of implementing mobile IDs, especially as the Internet-of-Things (IoT) continues to grow.

Despite all the new services enabled by a mobile driver’s license, the credential’s original function for driving privileges and law enforcement use cases are also enhanced.

[blockquote align='right']Security increases as the officer now knows who is in the vehicle before approaching the motorist. Then, the officer could further affirm identity and validate credentials in a peer-to-peer function using their own mobile device or a dedicated reader.[/blockquote]

Take a typical traffic stop where an officer pulls over a vehicle. The driver’s mobile app could communicate using Bluetooth or Wi-Fi before the officer even steps out of the cruiser.

Security increases as the officer now knows who is in the vehicle before approaching the motorist. Then, the officer could further affirm identity and validate credentials in a peer-to-peer function using their own mobile device or a dedicated reader.

In certain circumstances, such as with a large semi-trailer truck, distance issues could make communication difficult. At all times, visual inspection is still an option and of course, the officer can always call in the number or run it through DMV and law enforcement databases as they do today.

This is all possible because of the security and functionality that are being built into the mobile driver’s licenses.

By supporting security, convenience, service to citizens, and privacy, mobile IDs such as mobile driver’s licenses have a lot to offer over their physical predecessors. The solution is to build the modern mobile ID into an omni-channel tool, unifying the online and physical world. 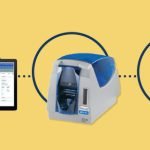 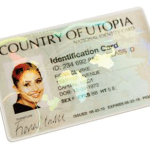